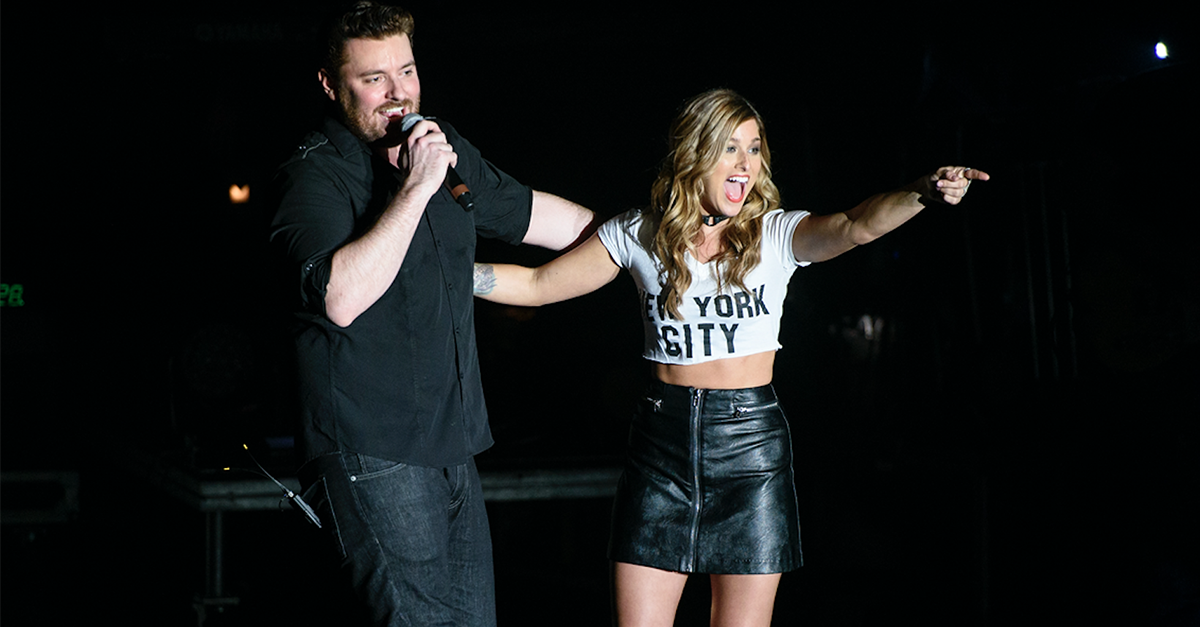 Anytime a male and female artist team up for a romantic country duet, there’s bound to be some talk that the two of them are a couple. That’s especially true when the artists in question have incredible chemistry onstage.

In the wake of their hit duet, “Think of You,” Cassadee Pope and Chris Young have set a lot of tongues wagging about their relationship status. Even though Cassadee is in a long-term relationship with her boyfriend of more than six years, Rian Dawson, fans still just assume she’s dating Chris.

Cassadee and Chris have both made it clear they’re just friends, but maybe they’re just doing too good of a job performing their duet about lost love?

Cassadee tells Rare Country, “It’s a funny thing, and it means we’re doing our job well. We’re selling the song, and we’re getting onstage. We do have a great chemistry onstage. So, we just kind of go with it. Fans are having fun with it.”

Even though she’s once again stating clearly that she and Chris are not a couple, Cassadee isn’t going to sweat it if the fans refuse to get the message.

“Let ’em say things. It’s fine?We’re not gonna beat ourselves up about it,” Cassadee says. “We just kind of laugh it off. Chris and my boyfriend are pretty close friends now.”

One way to really put those rumors to rest is for Cassaddee and Rian to tie the knot. So, is this long-term couple headed for the altar anytime soon?

Cassadee adds, “None of that yet. It’s kind of interesting. We both have been so busy, and we are so used to being on the road separately so much. But now we are both in Nashville. It’s just been the next step in our relationship. Getting to be around each other a lot more recently.”

They have talked about tying the knot, and Cassadee says they’ll eventually get married.

She says, “Neither of us are in a rush. We’re just enjoying life together right now.”

One of the big bonds between Cassadee and Rian is their shared love of music. He is the drummer for pop punk band All Time Low, and they met when Cassadee was fronting her own rock band, Hey Monday. Now that she’s moved into a country career, Cassadee has just about converted Rian into a country fan. They love hitting up country concerts in their downtime.