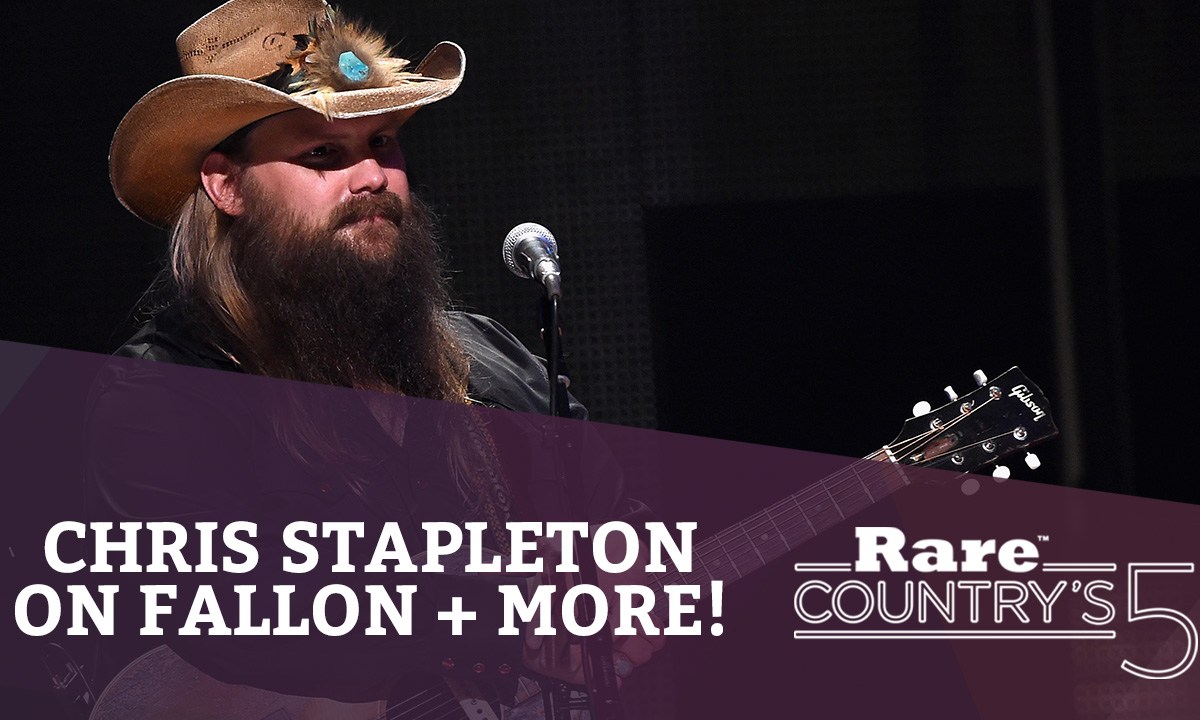 Winter has melted away and spring is in full swing, which means country stars are, too! New tours, new music, new videos and whoa! New babies? Heck yeah! Erin Holt has the scoop in this week?s Rare Country?s 5.

We?ve been waiting for a big announcement from Jason Aldean and his wife, Brittany, and we got one! Erin has all the details on the couple?s cute reveal, so check out that video.

RELATED: Chris Stapleton’s new single just may be his most raw, brutal song yet

Normally, Chris Stapleton is pretty quiet and sometimes serious, but we got to see his silly side during a recent appearance on “The Tonight Show starring Jimmy Fallon.” And speaking of television, ?Guardians of the Galaxy? star Chris Pratt revealed that he might have a little man-crush on Tim McGraw when he made a big confession while chatting with late-night host Seth Meyers.

Longtime pals and stars-on-the-rise Kane Brown and Lauren Alaina have released a somewhat sexy video for Kane?s new single. Meanwhile, Luke Bryan is just emerging from his winter hibernation, kicking off his new tour in Nashville that included some impressive special guests.

Want all the details? Be sure to watch Rare Country?s 5 video where Erin has more on this week?s top stories. And be sure to check back in next week when we have more of the biggest news in and around country music.