Country music is so great, these stars couldn’t help but try it out for themselves 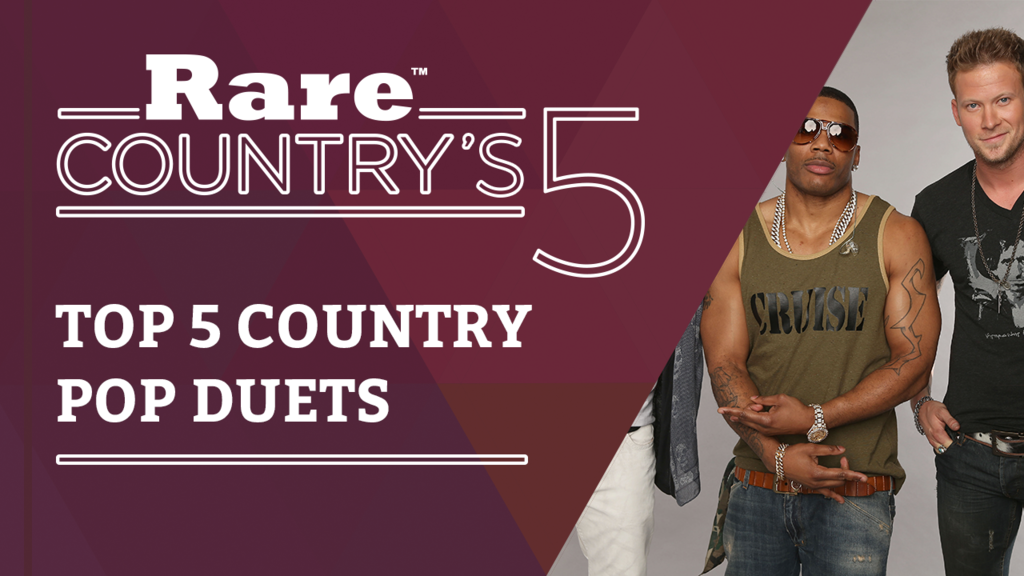 Country music fans will tell you there?s no better genre in the world. In spite of the twists, turns and changes the format makes, at its core, country is still about a great lyric, a compelling arrangement and a truckload of authenticity. So why wouldn?t stars from the worlds of pop, country and urban music want to collaborate with country music?s finest?

In this week?s Rare Country?s 5, host Erin Holt looks at some of our favorite cross-genre collaborations, and folks, this is not a new trend. She goes all the way back to Tammy Wynette and right up to Florida Georgia Line. Let?s take a look!

Counting down from No. 5, Tammy Wynette pushed the envelope big time when she joined forces with British EDM duo The KLF for ?Justified and Ancient.? Longtime country fans know that Tammy was glamorous and elegant, but in this collaboration, she showed off the fun side of her personality. And if you think the song is great, you have to check out the video that positions one of the first ladies of country music as the diva goddess we think she deserved to be.

RELATED: These two country superstars brought a George Jones and Tammy Wynette classic back to life

Our No. 4 collaboration had the country music industry scratching their heads until they heard it. When The White Stripes? Jack White and country legend Loretta Lynn partnered for her 2004 record ?Van Lear Rose,? it blew Nashville away and earned a pair of Grammys. But having Jack produce the record wasn?t enough. Loretta and Jack also sang ?Portland, Oregon? for the project, and it was magic.

We?ve gotten used to seeing Kenny Chesney reach outside the box, but our No. 3 collaboration had him stretching further than ever and it was so worth it! Rock icon Pink joined Kenny for the dreamy 2016 hit ?Setting the World On Fire,? and it became a timeless addition to our summer playlist.

Sometimes the best part of cross-genre collaborations is the mix of textures in artists’ voices. That was never more evident than in our No. 2 collaboration, the 2016 duet with Dierks Bentley and Elle King, ?Different For Girls.? Elle?s cherubic twang provided a great contrast to Dierks? whiskey-soaked grit, and we couldn?t get enough of this smash. We still can?t.

RELATED: Watch Dierks Bentley wow a sold-out crowd with a duet partner no one saw coming

There?s no question that rap and urban music have influenced a new generation of country artists, so it should have come as no surprise when Florida Georgia Line and Nelly partnered up to remake the country duo?s already insanely successful hit, ?Cruise.? The cool thing about our No. 1 collaboration is that it showed Florida Georgia Line fans how their favorite duo formed their unique sound and it introduced Nelly fans to country music.

And that?s it for an other fun list of favorites from Rare Country?s 5. As always, be sure to check out Erin?s great video for more details on country music?s best cross-genre collaborations, and we?ll be back later in the week for the top stories in the world of country music.