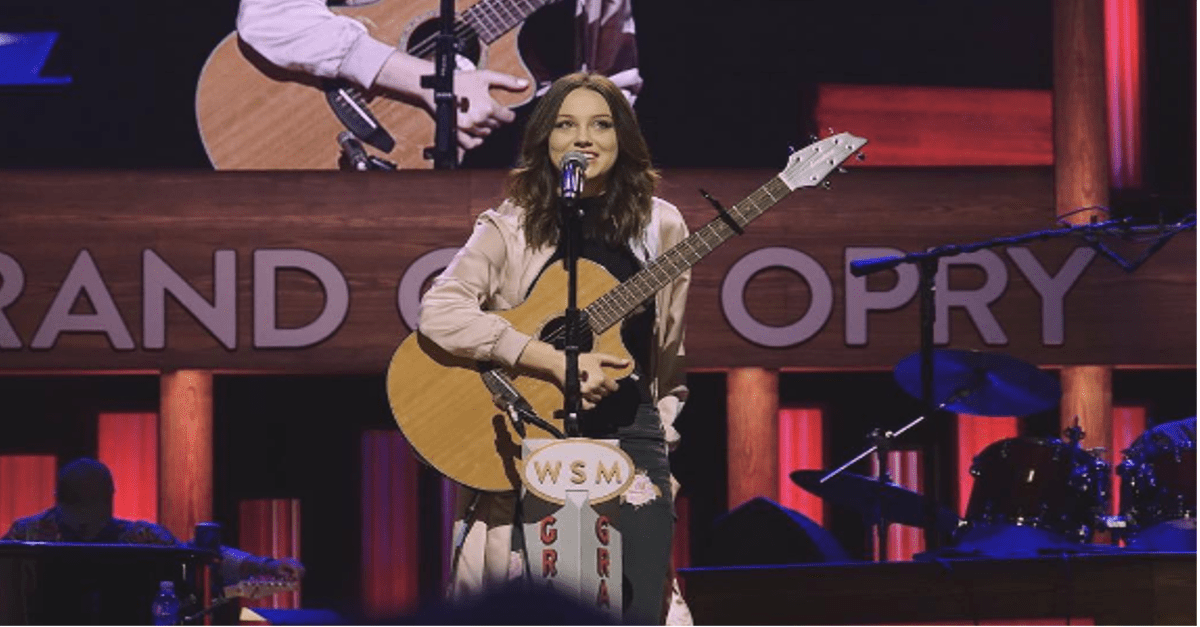 On May 10, country music?s next star, Bailey Bryan, headed to her Instagram page to share a pic, one of the countless photos she routinely shares of her life, her career and her aspirations. But instead of sharing some retouched and edited photo like many of her young star-in-the-making counterparts, she instead shared a close-up image of herself, without an inch of makeup.

And she owned it.

Reminder: Sometimes being a person means being sick and having no energy and LOTS of acne… Its okay😊 Now can anyone tell me where I can get really good Thai food in Nashville??? I can't stop thinking about it.

?Reminder: Sometimes being a person means being sick and having no energy and LOTS of acne… It’s okay,? she wrote, giving some good ole virtual inspiration to thousands of young boys and girls dealing with many of the same issues. And it?s this openness with her fans that she plans to build a big-time career on.

RELATED: Miranda Lambert says a fight with her father put things in perspective

?It?s always been my thing to just be real out there, and something I really thought about when I started my career,? Bailey told Rare Country in a recent interview. ?I asked myself who I was and what my brand was and how I wanted that brand to be presented. And I came to find out that being unbranded is my brand. I actually want to talk to people from the heart. I?m not an actor wanting to always be perfect. That?s just not me.?

What she is, in fact, is a 19-year-old singer-songwriter from Washington who is about to take country music by storm. Her debut single, ?Own It,? and debut EP, ?So Far,? have caught the attention of the industry thanks to their frankness and truthfulness.

?My very first single ‘Own It’ talked about it,? added Bailey, who made her Grand Ole Opry debut on May 6. ?It?s about living with your imperfections and embracing life just the way you are. I always want to practice what I preach. There are plenty of days that I look in the mirror and don?t like what I see. I mean, I have three zits on my chin right now. I think me being me encourages other people to be just themselves, too.”