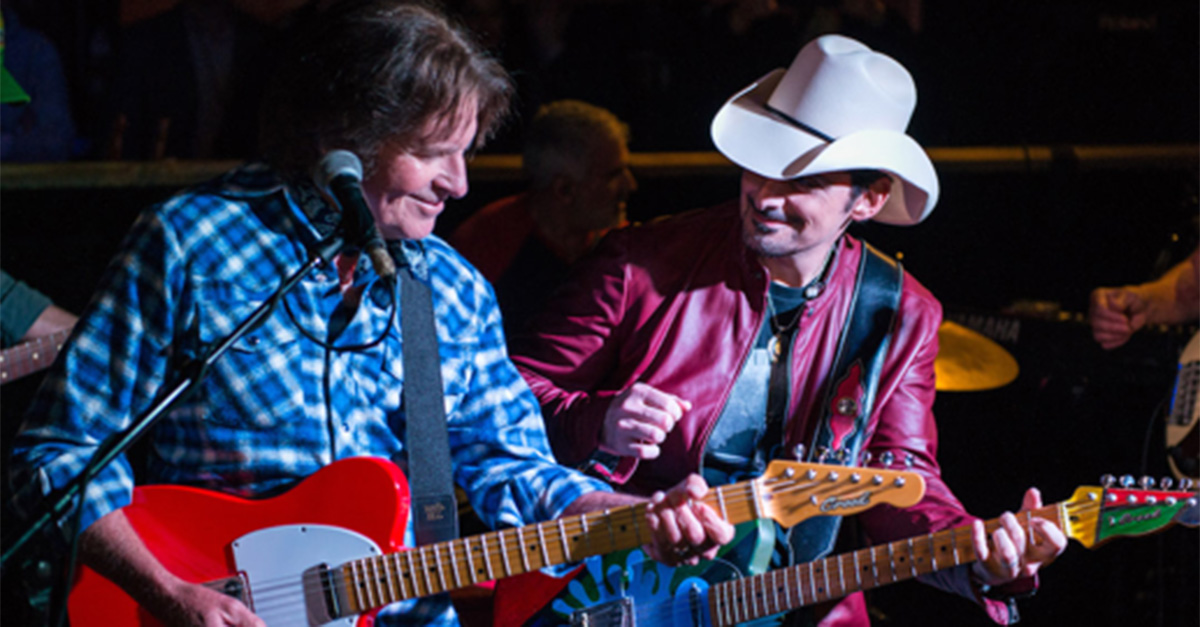 Call Brad Paisley a groundbreaker. The singer-songwriter has created the first-ever visual album in the country genre (think Beyonce?s “Lemonade” but topped with a cowboy hat).

Brad created videos for all 16 tracks on his new “Love and War” album (13 of them in a whirlwind three-week period), then strung them together into a short film that follows a thematic thread. Several of the videos have been made available on Brad?s socials over the last several weeks, but most have not yet been seen. The film will be released on Friday, April 28 in conjunction with Apple Music.

RELATED: Millions have watched and cried over this brand-new Brad Paisley video

Brad previewed the film for a small gathering of music industry supporters (including Rare Country) April 23 at Nashville?s Country Music Hall of Fame and Museum, where he was joined by some of the album?s special guests: Bill Anderson, John Fogerty and Timbaland. Afterward, all four artists headed to nearby nightclub Tootsie’s Orchid Lounge for a pop-up show that lasted more than 90 minutes. Also on hand at the Hall of Fame were Brad?s parents, wife Kimberly Williams-Paisley and his two young sons adorably sporting matching white cowboy hats.

When @johnfogerty and @bradpaisley do a pop up show at @tootsies_orchid_lounge on a Sunday night. Are you kidding me?!? Oh, and @timbaland showed up for a song too! #ccr #creedenceclearwaterrevival #badmoonrising #johnfogerty #bradpaisley #tootsies #nashville #nashvillemusiclife

Among the film?s highlights are the poignant ?Gold All Over the Ground,? shot at Johnny Cash?s cabin and featuring video and photos of the country icon and his wife June Carter Cash; ?The Devil is Alive and Well,? which Brad, his band and famed piano player Gordon Mote filmed outside the ruins of an East Nashville church that had been destroyed by arson; ?Contact High,? shot in a zero gravity chamber where Brad flies around in a red jumpsuit and helmet; and ?Drive of Shame,? shot in Brad?s home studio with collaborator Mick Jagger.

RELATED: The place in this country star?s new video is simply heaven on earth

Several other announcements were made at the Hall of Fame. Among them: