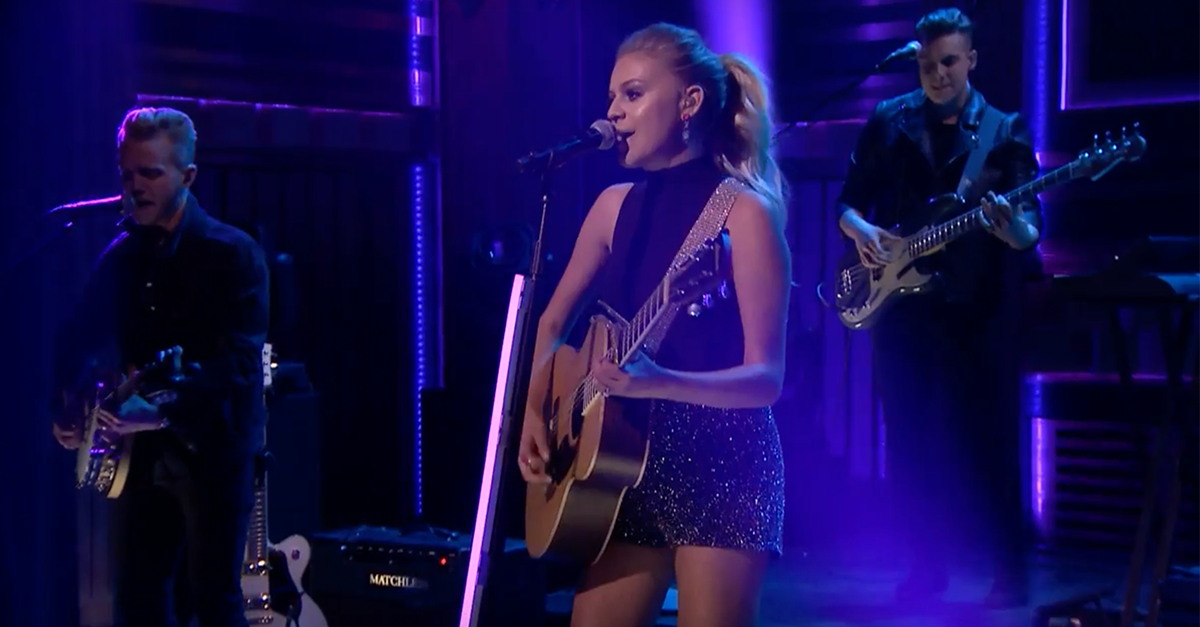 Kelsea Ballerini is turning into a superstar right before our very eyes.

The Best New Artist Grammy nominee took over NBC’s “The Tonight Show Starring Jimmy Fallon” to deliver her latest hit, “Yeah Boy.” With her hair pulled back in a ponytail and a pair of sparkly shorts showing off her legs, Kelsea dominated the stage. It’s just a taste of the dynamic live show she’ll deliver when she joins Thomas Rhett for his Home Team Tour.

RELATED: This country golden girl gives us some insight into her wedding plans

Kelsea’s next big performance is set for Feb. 12 at the Grammy Awards. She’s just confirmed she’ll be performing on the show along with superstars from every genre of music.

While Kelsea is excited to see all the big artists performing on the show, she’s just as excited to watch her Grammy date’s reaction.

This Grammy date fulfills a promise Kelsea made to her mom years ago. They always made a big deal about watching the show together when Kelsea was a kid.

She says, “I feel like the Grammys were the ones we had on the calendar a year in advance. And we made a deal when I was really young before I ever moved to Nashville that if I ever got to go to the Grammys, she would be my date. So, she is my date.”