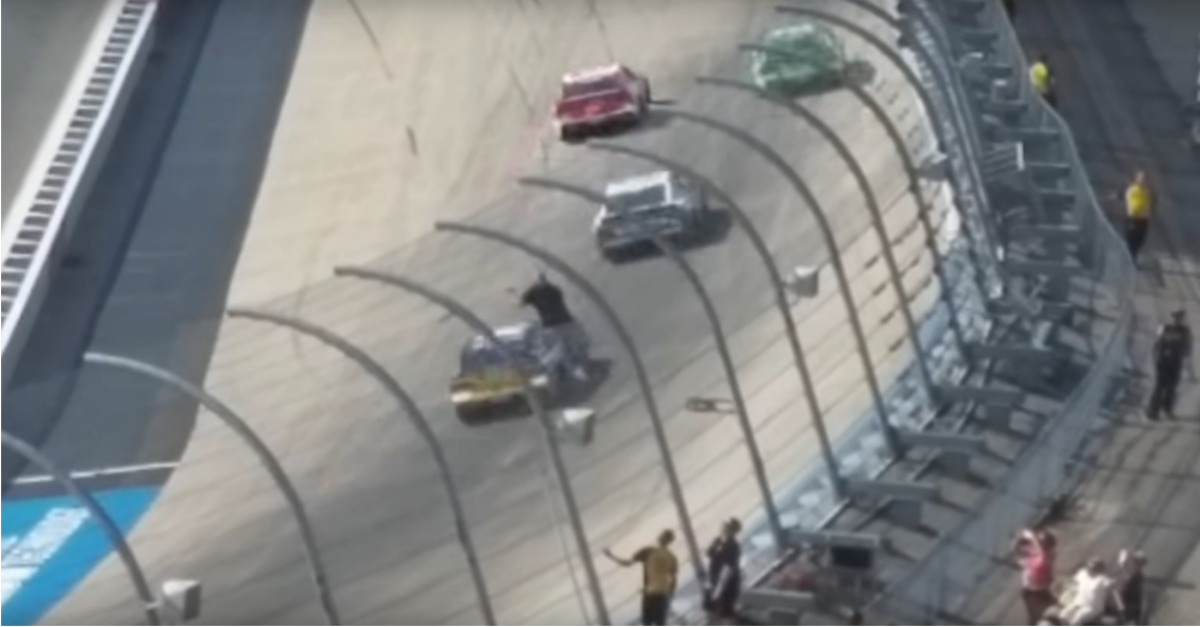 There are plenty of ways to have a good time at a NASCAR race. From watching the race itself to checking out the garage area and tailgating with friends, there is nothing better than a Sunday afternoon at the track.

Yet, there is one thing you should probably not do.

Don’t scale the fences around the track.

RELATED: Yet another NASCAR driver lashes out about the recent Kyle Busch drama

Unfortunately, various reports say that 43-year-old John Infanti did just that during the June 4 race at Dover International Speedway in Delaware. “At 4:58 p.m., a white male subject climbed the fence in Turn 4 of the Speedway,” read a statement from the racetrack. “He climbed down and was immediately detained by our security firm, CSC, and turned over to the Dover Police Department. A caution was not thrown.”

RELATED: Blake Shelton is dreaming up some crazy plans with his NASCAR buddy

The man, who police say has been charged with trespassing, disorderly conduct and resisting arrest, climbed the fence while cars sped by right underneath him. Once he climbed back down, after various officials urged him to do so, Fox Sports reports that the man “kicked an officer in the knee as he was being taken into custody.”

“Simply running from the police is a misdemeanor, but when he kicked our officer, that makes it ‘with force,’” Dover police spokesperson Mark Hoffman said.

While this might not come as much of a surprise, track personnel say that the fan was intoxicated at the time.