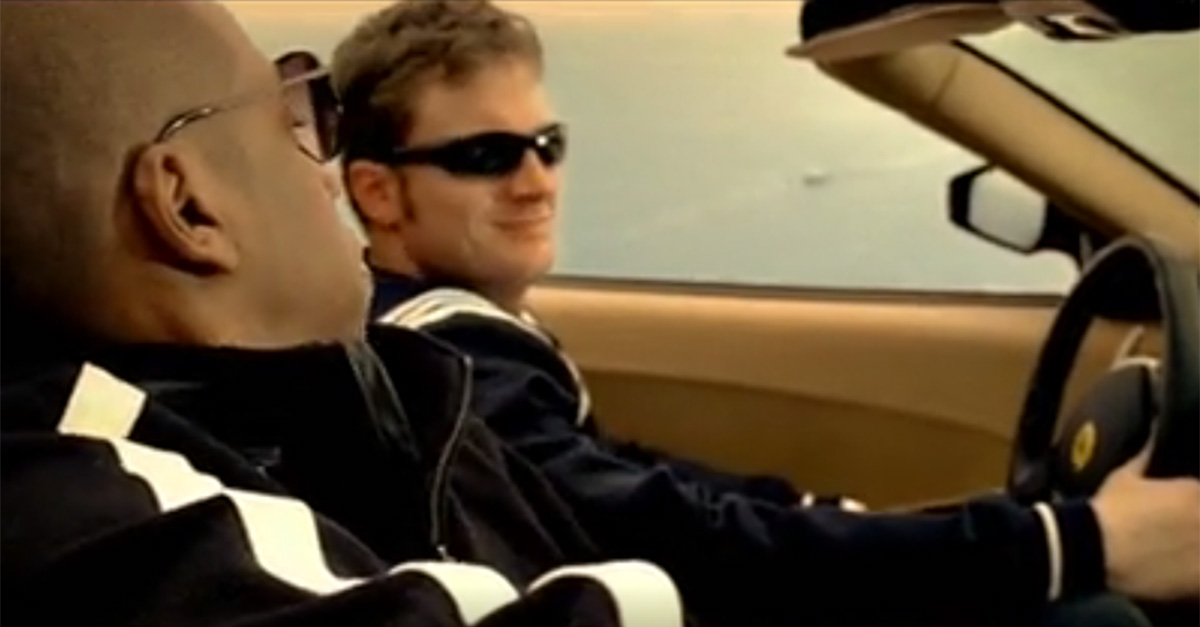 Beyoncé and Jay Z are two of the biggest and most fascinating celebrities in the world. So it?s safe to say that people get starstruck upon meeting them ? even Dale Earnhardt Jr.

However, when he met the famous power couple on the set of Jay Z?s music video for ?Show Me What You Got,? he admits he completely ?locked up.?

?It was 8 o?clock in the morning. I?m standing on the side of the street,” Dale Jr. recalled, while appearing on Ryan Blaney?s Glass Case of Emotion podcast. “I walk up. Jay Z?s leaning up against the wall, and he?s like, ?Hey man, how?s it going?? I?m like, ?All right, just got here, everything?s cool.?

?Soon as we start our conversation, Beyoncé walks up,? he continued. ?She?s been shopping ? she?s got shopping bags in her hand ? and so I just locked up right then. That was just a little bit too much power at one time. I was OK with Jay Z, but then she walked up, and it was just, like, overload. It was insane.?

Dale Jr. had to fly out to Monaco to star in the James Bond-inspired video, but he wasn?t the only NASCAR driver to do so. Turns out that fellow racer Danica Patrick was also featured in the video.

?They?re like, ?Hey, you wanna to be in this?? Obviously, that?s a yes,? Dale Jr. explained, ?We raced at New Hampshire on Sunday, [and] we got on the plane as soon as the race was over. As soon as we landed, it was time to shoot.?

After shooting the music video, Dale Jr. and Danica got to enjoy dinner in the company of Beyoncé and Jay Z. He remembers the couple being ?super down to Earth? and easy to talk to.

?We conversated, and laughed, and joked had a good time. I didn?t expect it to be as easy to communicate with them, because they?re just on another level,? Dale Jr. said, ?So, it was awesome.?