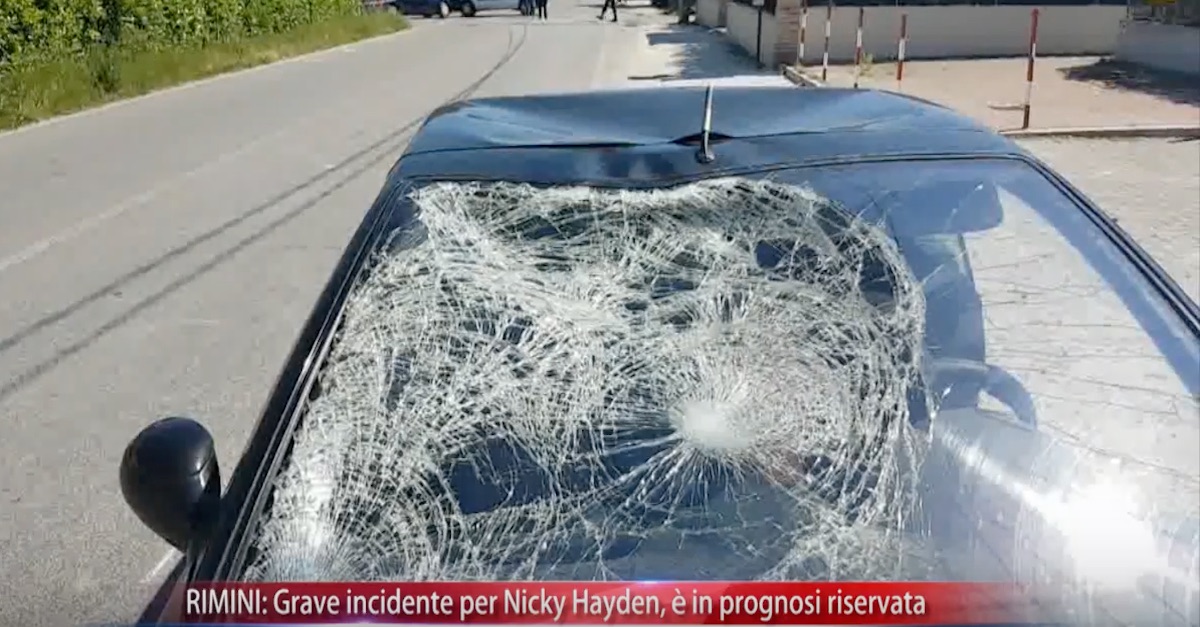 The racing world, including Dale Earnhardt Jr., is offering up fervent prayers after learning that World Superbike racer and MotoGP World champ Nicky Hayden was seriously injured while bicycling in Italy.

According to local newspaper Rimini Today, the 36-year-old cyclist was riding with a large group when he was struck by a car and thrown over the hood and onto the windshield, before falling onto the asphalt. He was taken to a hospital in Rimini with serious chest and head injuries and was in critical condition.

Motorcycling website Asphalt and Rubber now reports that Nicky was transferred to a hospital in Cesena, where trauma specialists could better treat his injuries. They report that he is out of surgery but in a medically induced coma, which he will remain in for the next 24 hours.

Italian news site Pubblisole shared video of the aftermath of the accident with jarring images of the car and Nicky?s mangled bicycle.

Nicky is an American-born motorcycle racer hailing from Owensboro, Ky. He is currently part of the Red Bull Honda World Superbike Team.

We join the rest of the racing community in praying for a complete recovery for Nicky.