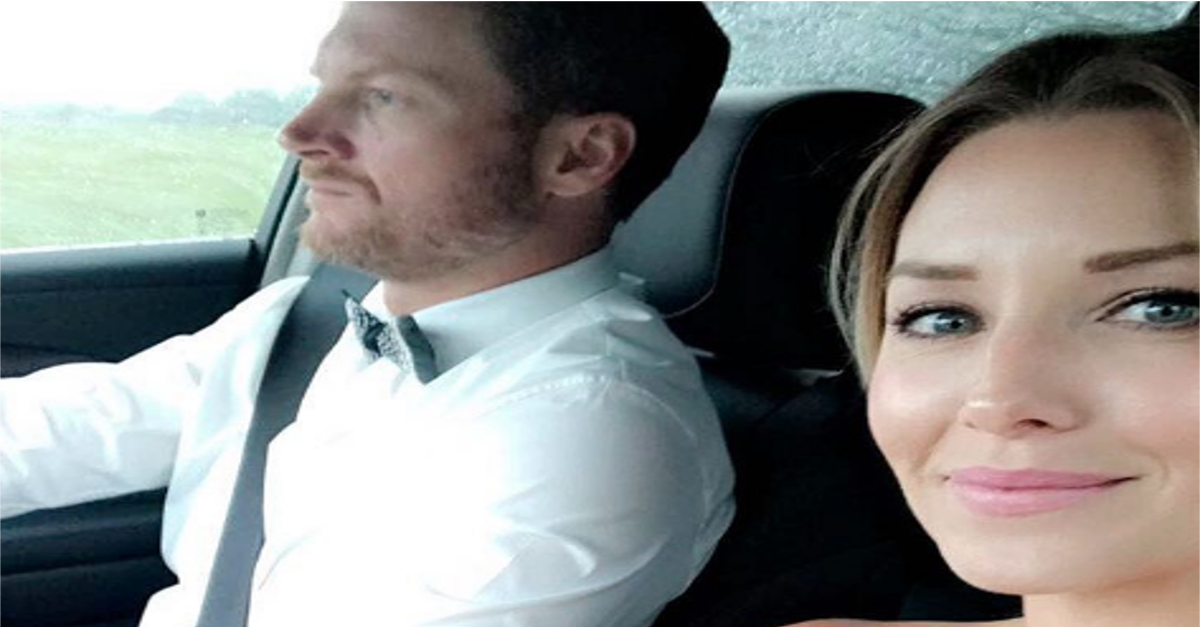 Dale Earnhardt Jr. and wife Amy looked all dressed up on May 24, as Amy shared a pic of the two in a car before attending a recent charity event. But soon, the two will don work clothes as they begin rehabbing a historical home in Key West, Florida for their new DIY Network show.

The only problem is that the two have found some friends on their new property.

?It?s a scorpion hell,? Dale Jr. said in a recent podcast titled “Not so Good Vibrations.” ?I?m really nervous. The place was a mess when we got it. A hoarder lived there and was full of trash and cats.?

There were also scorpions ? lots of them.

?A scorpion once bit my mom and her thumb just blew up,? Dale Jr. said. ?I?m a little nervous.?

Nevertheless, he?s thrilled for the opportunity. ?I?m really excited about it,? he saif. ?We bought this property 2 or 3 years ago and we said, ‘Oh man, this thing is going to need a ton of work.? When people see it, people are going to be really surprised that we took it on. It?s going to need a ton of work. In my opinion I would have just knocked the house down and sell the lot as is.?

But, Dale, that wouldn?t make for much of a reality show.