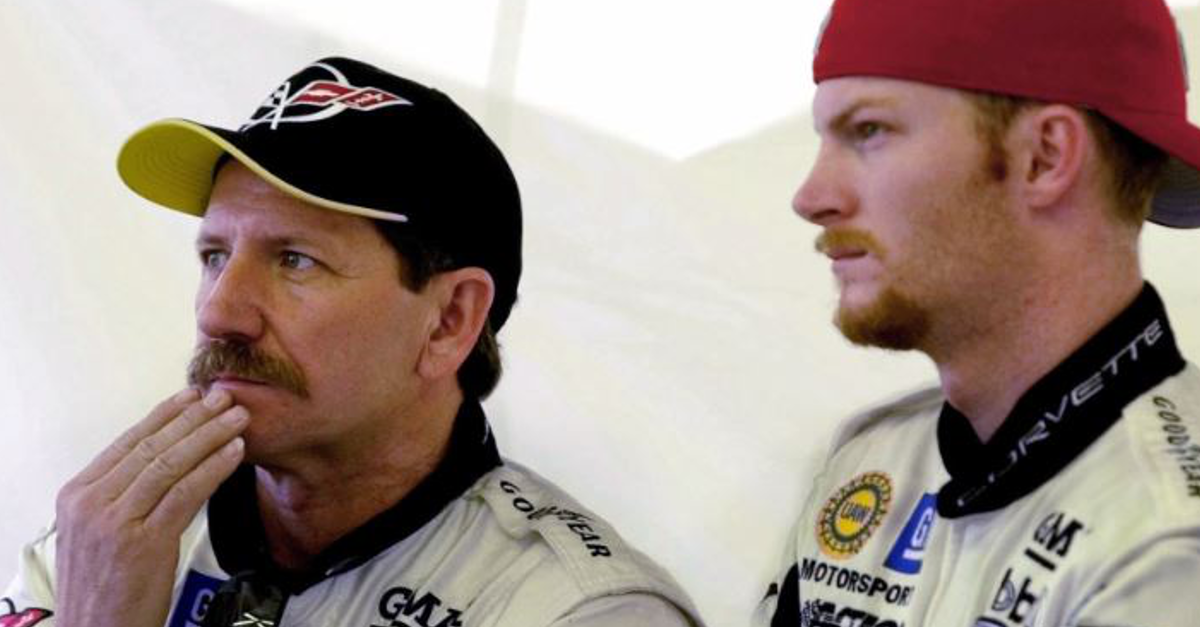 AP Photo/Amy Conn
FILE - This Feb. 21, 2001, file photo shows Dale Earnhardt, left, and his son Dale Earnhardt, Jr., watching from the pit area at Daytona International Speedway in Daytona Beach, Fla. Roush Fenway Racing's seamless reaction in the wake of team owner Jack Roush's recent plane crash highlighted a relatively new concern for NASCAR teams: having a succession plan in place just in case the unthinkable happens to a team's leader. Roush and Hendrick Motorsports have shown that they can stay strong in the face of catastrophe, but the gradual downfall of Dale Earnhardt Inc. provides a cautionary tale. (AP Photo/Amy Conn, File)

NASCAR fans will never forget the moment that occurred on April 4, 1998. Dale Earnhardt Jr. was going to cross the finish line at Texas Motor Speedway to get his very first win in the XFINITY series, which was then referred to as the Busch Grand National Series. Finally, he was going to be rewarded for all of his hard work. And as he pulled into victory lane, his fans couldn?t help but notice adoring dad Dale Earnhardt waiting to shower him with love.

Well, at least that?s what most NASCAR fans thought.

In his weekly “Dale Jr. Download” podcast and shared on the NASCAR YouTube page, Dale Jr. told the story of that wonderful day, but he admitted that what his dad told him once he got out of the car wasn?t so wonderful.

But heck, it was classic Dale Earnhardt.

?First he says ?awesome job? and ‘I?m proud of you,’? Dale Jr. recalls. ?Then he says, ?You are going to have to find another way home.? I would fly with him in his plane and he was like, ?I?m out of here?you are going to have to stick around because of post race interviews. You are going to ride home with the team.’ That?s the whole conversation we had. He wasn?t going to wait around for me. I was kinda mad. I was like ?c?mon man ? hang out! It?s going to be great. C?mon, Dad.?