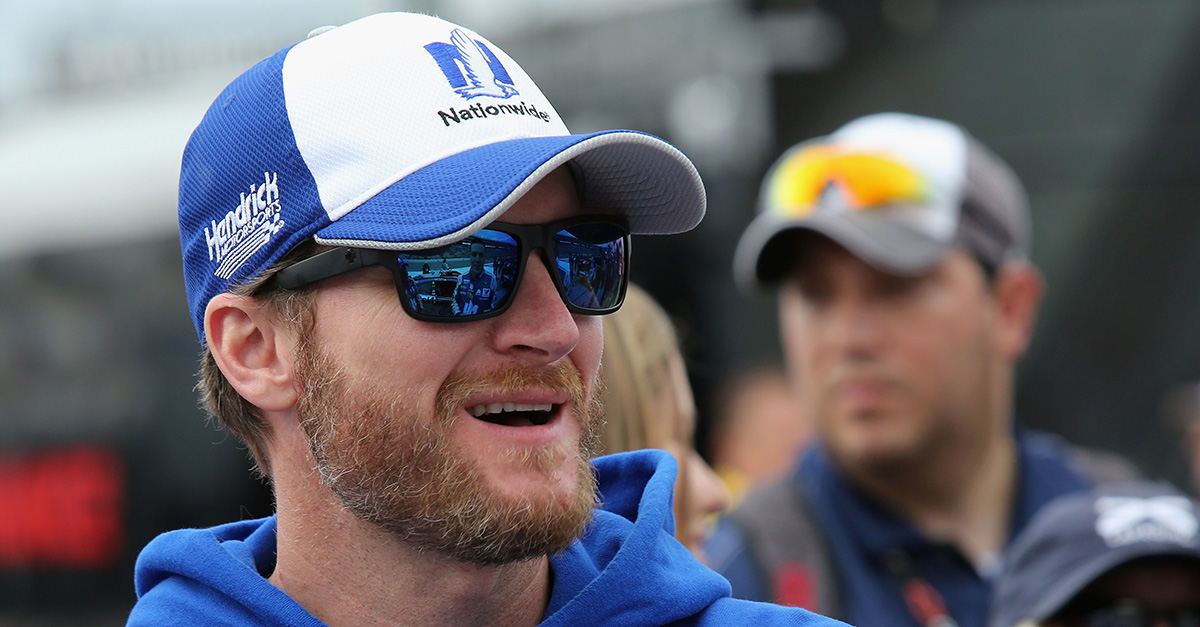 After announcing his retirement from racing at the end of the 2017 NASCAR season, Dale Earnhardt Jr.’s thoughts probably turned to what’s around the corner for him professionally.

But one thing that might not make the cut is a reality show.

“Man I don’t know,” said Dale during his weekly podcast May 2 to a fan’s question about the possibility of him and wife Amy doing a reality show together. “There is probably not enough money – I just have seen those destroy so many lives. It seems like a reality TV show – you are going to have to make some sacrifices and one of them might be your sanity.”

And while the Earnhardts might not follow in the footsteps of past reality show couples like the Osbournes or the Deckers, it does sound like there just might be a television project around the corner. While Dale Jr. says it won’t be a reality show, he did seem to confirm that something will be announced about this new project very soon.

“You are going to hear it here first?” Dale Jr. asked his producer as he teased the new project. “I am excited. That’s all we are going to say.”