Faith Hill shocks Nashville with the most rousing national anthem 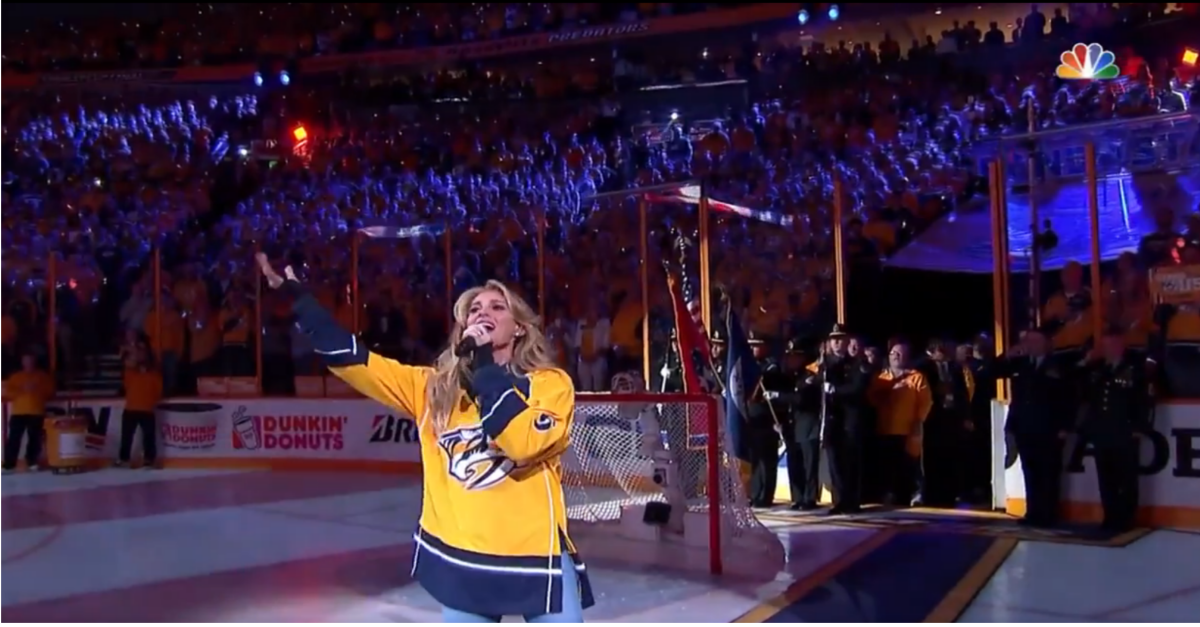 Speculation has run wild as to which Nashville artist would step out on the ice to sing the national anthem before Game 6 of the Stanley Cup Finals. Finally, the much talked about mystery was solved when the almighty Faith Hill came out to deliver the most rousing of anthems to a crazed Nashville crowd.

It’s the first time Faith has sung the anthem since nailing it at the Super Bowl all the way back in 2000.

Looking age defying in a Preds jersey with her name on the back, Faith raised her fist to the crowd as she led the Bridgestone Arena crowd in singing the national anthem. As cameras panned the crowd, they also caught the faces of the Nashville Predators, who looked overcome by the emotion of the moment.

.@FaithHill with an INCREDIBLE performance of the National Anthem tonight in Nashville (and a cameo by @TheTimMcGraw!) 🇺🇸👏 pic.twitter.com/JSzu1Iy3WI

Of course, with Faith Hill usually comes her hubby, Tim McGraw, who was also on hand to give her a huge hug at the conclusion of her performance, creating an all-out frenzy as he waved the gold-colored rally towels over his head in unison with the crowd. We are also hearing some rumors that Tim might just be singing again before the night is over — hopefully to celebrate a big win for Music City.