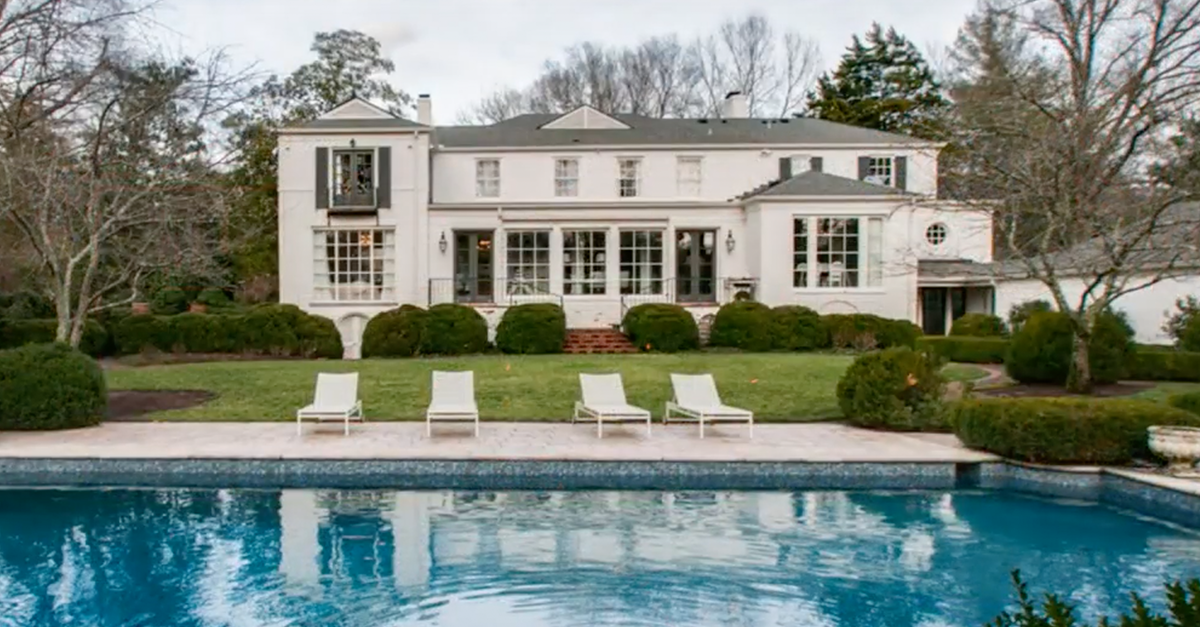 Another country singer is on the move.

According to “Variety,” Lady Antebellum’s Charles Kelley just sold this home in Nashville’s Belle Meade neighborhood for $2.91 million. Charles and his wife, Cassie, put a lot of time making this white brick Georgian estate their own, too.

RELATED: Lady Antebellum frontman’s baby boy is a bit of a wild man

Originally built in 1942, the house features four bedrooms and four full and two half-bathrooms as well as a pool house and, naturally, a pool. A formal dining room can accommodate up to a dozen people. There’s also an elevator to get you from the first to the second floor.

RELATED: Lady Antebellum’s “Heart Break” led them to challenge each other creatively

Upstairs, the two master bathrooms feature side-by-side sauna and steam showers in one, and a two-person soaking tub in the other.

Outside by the pool house, there’s a small putting green in the backyard, where we’re sure Charles spent many hours working on his golf game.

There’s no word on where Charles and Cassie have moved on to now, but we do know they’re spending a lot of time on their tour bus these days. Lady Antebellum’s “You Look Good Tour” is playing across North America all summer long in support of Lady A’s latest album, “Heart Break.”

The new trek features a full horn section, and Lady A welcomed the George Mason University marching band to join them for the finale, “You Look Good,” during their show in Bristow, Virginia, this past weekend.