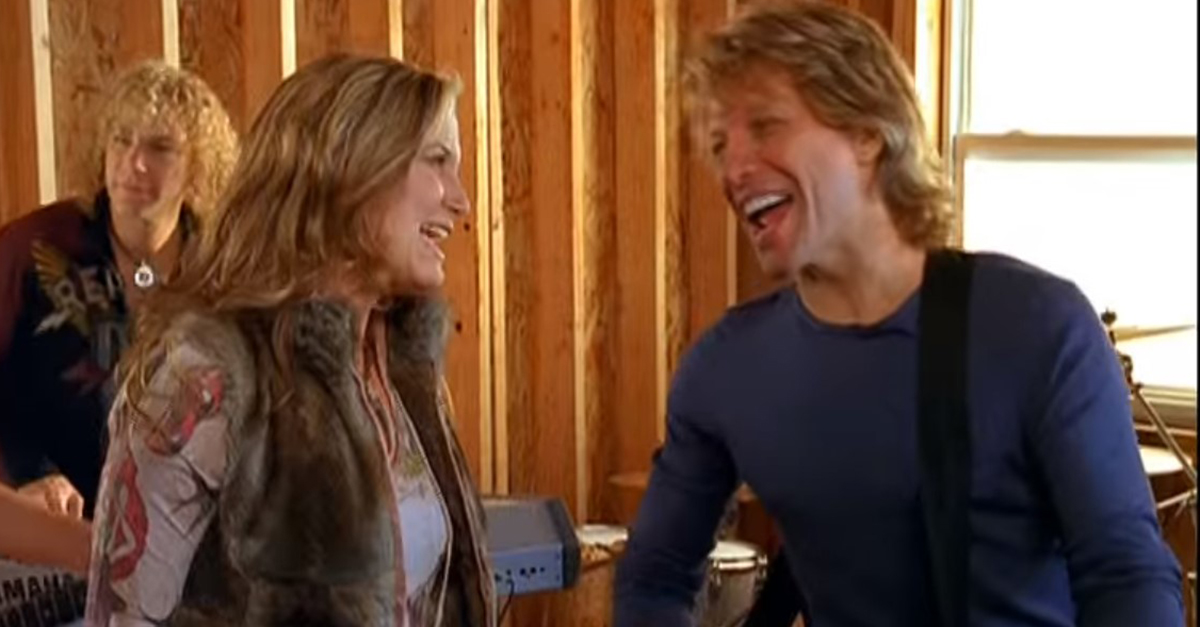 Some rockers are able to dig down deep, pull out country roots and blossom in the world of country music. Take for example – Kid Rock, Steven Tyler, Sheryl Crow and Darius Rucker just to name a few.

There’s no way we could forget Bon Jovi though.

In 2006, he planted his seed in the fiddle and steel guitar arena with “Who Says You Can’t Go Home.” Featured on his 2005 “Have a Nice Day” album, the duet, which was originally meant to be sung with banjo-buddy Keith Urban, fell into the hands of Sugarland’s Jennifer Nettles.

And for good reason.

Not only did it give rise to former duo Sugarland, but it also shot up to No. 1 on the country charts, making Bon Jovi the first ever rocker to put out a top country hit.

RELATED: Jennifer Nettles just sent a message to Sugarland fans that y’all are going to want to hear

Although, it feels like watching a band crashing an episode of “Extreme Makeover: Home Edition,” the country video casts a light on Habitat for Humanity volunteers and the Philadelphia Soul Arena Football Club team (owned in part by Bon Jovi).  It’s obvious that Bon Jovi displays a deep sense of passion for his community and hometown of New Jersey.

The success of “Who Says You Can’t Go Home” may have rubbed off on Bon Jovi, because in 2007, he released “Lost Highway” – a country induced album featuring guests Big & Rich and Leann Rimes.