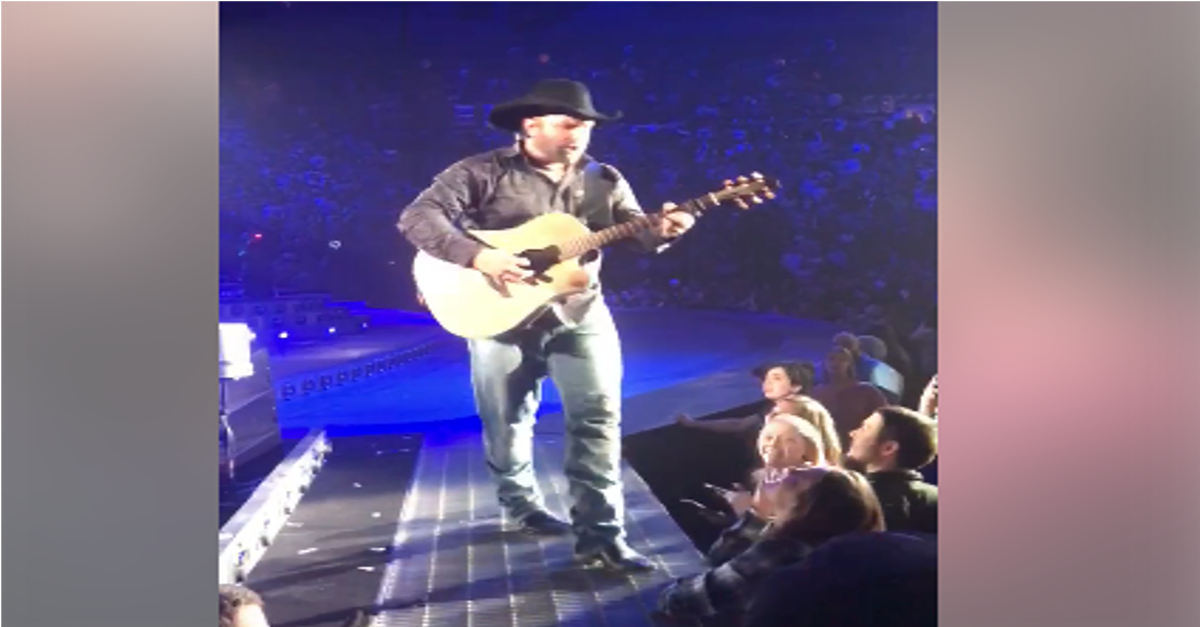 We don’t know how many times she had listened to this song, sitting in her home wondering if she could find the strength to put one foot in front of another for yet another day. But we do know that she will never listen to this song the same way again.

During a recent concert in Cincinnati, a fan by the name of Jessica caught the eye of the legendary Garth Brooks as he sang the song “She’s Every Woman” and kept his eyes centered on her throughout the entire song. Once he was through, she walked closer to the stage, with her “she’s every woman sign clutched in her hand.

“Here’s the crazy thing,” Garth tells Jessica and his adoring crowd. “That song is older that you are.”

RELATED: Find out why Garth Brooks had to say no to the Trump inauguration

Garth begins some small talk with the thrilled fan, who was then given two guitar picks for her and her husband, who have been married for seven years. And as the crowd began to erupt, Garth knew what he had to do – he gave her his guitar.

And before he knew it, this woman felt like the only woman on the planet – and that, our friends, is the true magic of music.