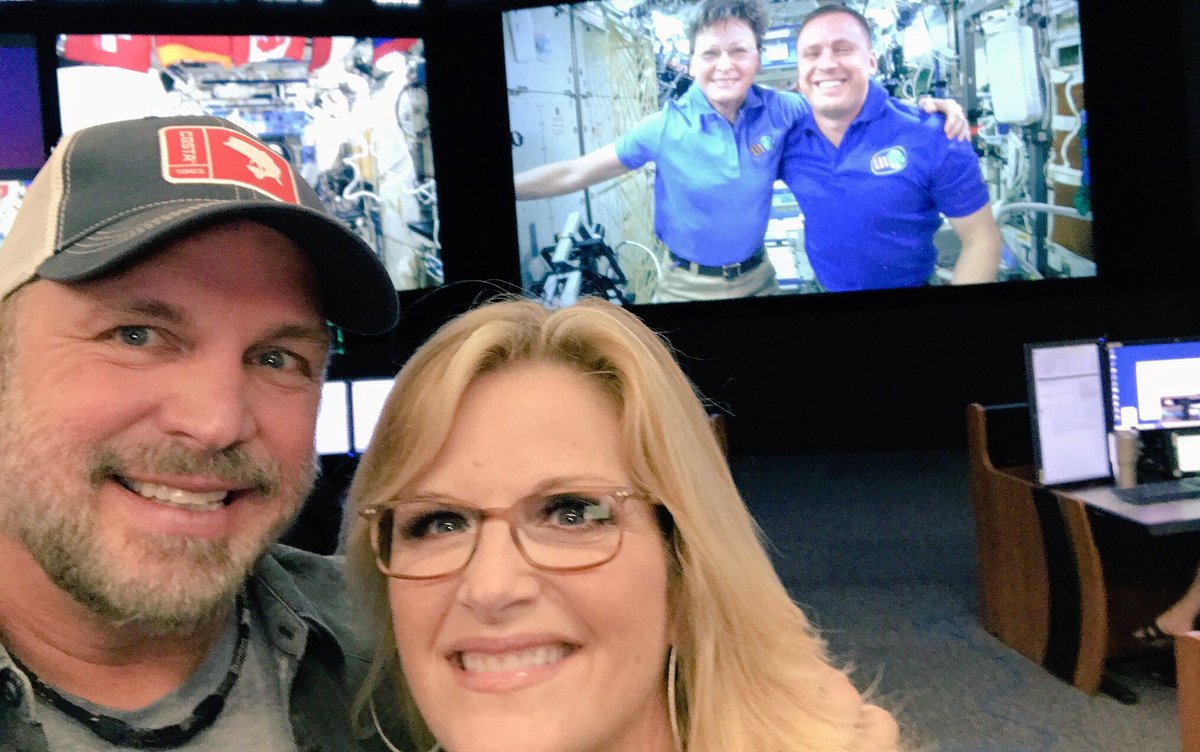 When it comes to Garth Brooks, the only way to go is up!

On June 29, during a special edition of his weekly Facebook Live series, ?Inside Studio G,? the country superstar made contact with two NASA astronauts, who are currently in orbit.

This is the first time that a country artist has ever conversed with spacemen from earth. So, Garth was clearly amazed over the magical moment.

Garth dialed the International Space Station from the Mission Control Center at NASA?s Johnson Space Center in Houston, and chatted with astronaut, Jack Fischer and his crewmate, Dr. Peggy Whitson. After Jack explained that he used Garth’s ?The River? in his pre-launch playlist for his first-ever space flight, the country singer got teary-eyed.

?I think you have so many great songs and so many great messages, but it?s the heart that you put in every performance and the soul that you put into all those songs that make them so impactful,? Jack told Garth. ??The River? in particular was pretty much my anthem for almost the last three decades, so thank you from the bottom of my heart for being such an inspiration for so many and making those words count.?

Garth was so thrilled by Jack?s sentimental words that he did everything in his power to return the favor. First, he called on wife Trisha Yearwood to join in on the conversation. Then the power couple brought out Jack?s wife and daughter. If that wasn’t enough, Garth then grabbed his guitar and serenaded Jack and his crewmate with ?The River.?

Talk about a surreal moment!

After all of the excitement, Garth took to Twitter for a selfie with Trisha in front of a screen showing Jack and Peggy in the background.

?Could this be the longest distance selfie EVER? HA!!!! @Astro2fish @AstroPeggy @NASA THANK YOU!!! love, g & T,? he tweeted.