George Strait flaunts his sexy side in this classic performance 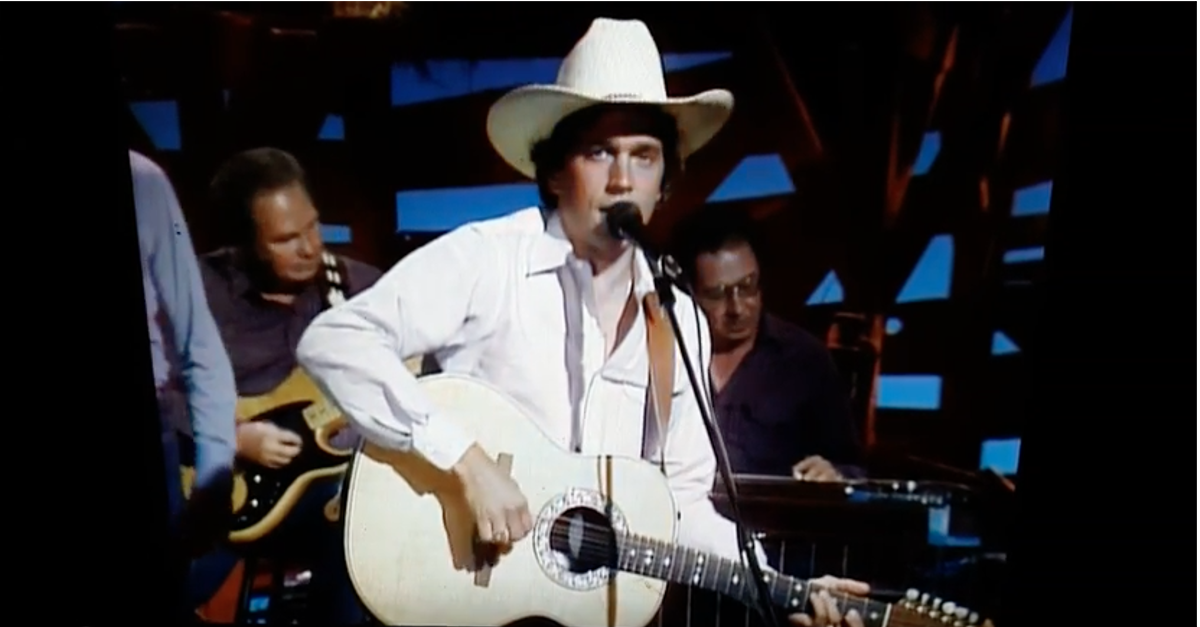 You’d be hard pressed to find a female country music fan that didn’t grow weak in the knees at the mention of George Strait’s name. And it isn’t just the way the hunk of a cowboy fills out his Wranglers. It’s his voice and his songs, too.

From uptempo two-steps and romping swings to big waltzes and tender ballads, George has them all. And nestled in his catalog in a variety of tempos and assorted arrangements are some of the sexiest songs to ever tickle our ears. We aren’t the only ones that think so, either!

RELATED: These sexy male country stars over 40 will leave you weak in the knees

Little Big Town’s Karen Fairchild clearly remembers that the king of country music was a favorite among her college classmates. In a new YouTube video, she recalls that the boys in a certain fraternity made “Rollin’ in the Haystack” mix tapes because, as she says, “they intended on everyone rollin’ in the haystacks to George Strait songs.”

There are those among us who adhere to the belief that any George Strait song would make anyone’s knees buckle, but there are certain tracks that lend themselves more to encouraging a wide range of romantic overtures from asking for a dance to dancing in the sheets. Songs like “The Man in Love with You,” “You’re Something Special to Me,” “Run” and “Carried Away” seem to promise a moment to remember but none hold as much charm as “The Chair.”

It topped the charts in 1985, which means it was already 10 years old when Karen and Kimberly Schlapman were in college at Samford University, but then again, George is a classic. And so are his songs.