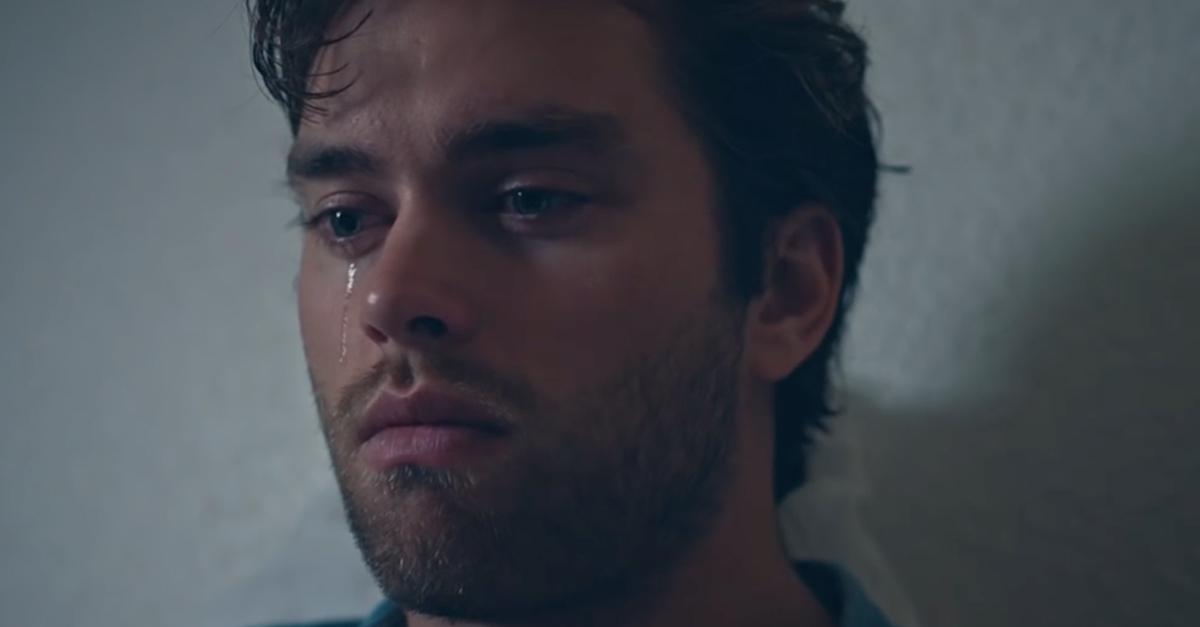 Dan + Shay have scored another number one hit with their latest single, “How Not To,” a powerful ballad about a guy trying and failing to get over his ex-girlfriend. The song is strong enough to stand on its own without a powerful video, but that’s not exactly Dan + Shay’s style. Instead, they chose to shake things up a bit by expanding on the theme of addiction in the lyrics.

Dan + Shay’s Dan Smyers tells Rare Country, “The song is about being addicted to someone and not being able to put that person down. So, we decided to tackle an issue on it. We tackled the issue of alcoholism.”

In the video, two strangers meet at an Alcoholics Anonymous meeting after they each hit rock bottom in their personal lives. The flashback scenes are pretty dark, as you see the guy and the girl in the throes of their battle with alcohol. The video doesn’t wallow in that darkness, though.

Dan explains, “In typical Dan + Shay fashion, it had a positive spin at the end. A young couple fall in love at an AA meeting. You see their story and all the hardships they’re going through. But together, through the power of love, they overcome it. They end up a happy couple at the end.”

RELATED: This country star and his son get some serious bonding done during story time

The “How Not To” video doesn’t sugarcoat how alcoholism can rip families and relationships apart, though. So far, fans have been thanking Dan and his singing partner, Shay Mooney, for tackling this issue head-on in the clip.

“There’s been a lot of people that have written letters or walk up to our meet-and-greets and say that,” Shay tells us. “Either it’s them or someone in their family [who] has dealt with alcoholism. I think a lot of people have had that in their family. I know in my family, we’ve had a past of that. I know that’s a very, very hard thing to go through.”

Knowing this song and video might lead someone to get help to battle their demons means the world to Dan + Shay.

Says Shay, “It’s always nice to be able to make a video or write a song that touches someone in a deep way. It is different with music. It’s one of the most powerful things in the entire world.”

“How Not To” is included on Dan + Shay’s current album, “Obsessed,” available now.