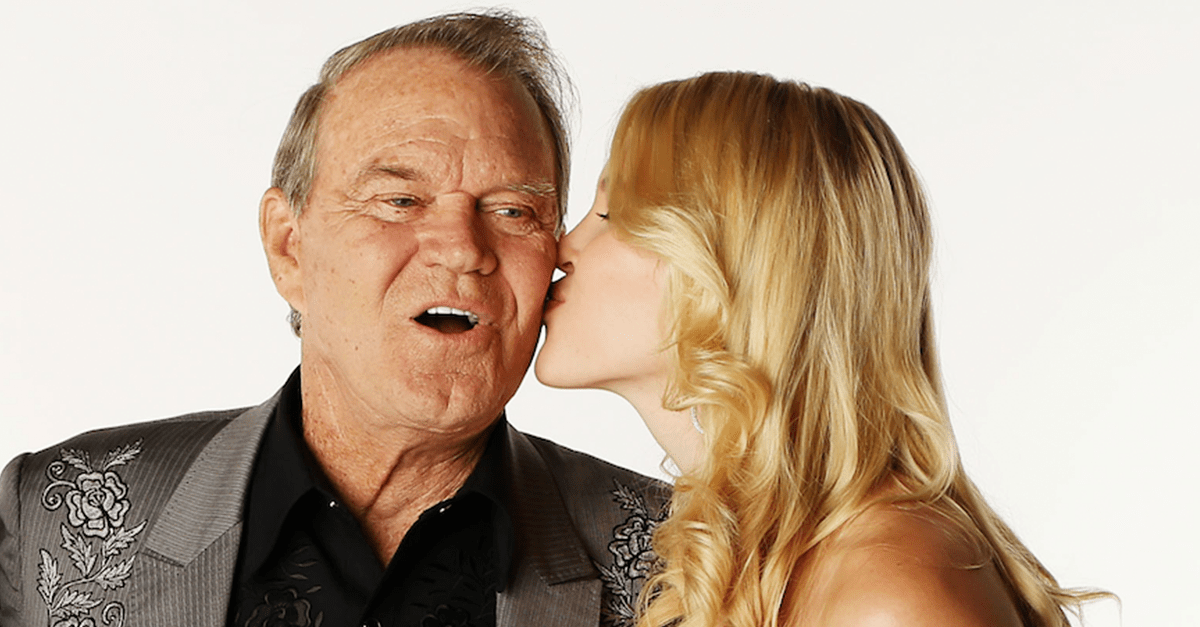 Glen Campbell is in the late stages of Alzheimer’s disease, so there are few traces of the Country Music Hall of Fame member’s personality shining through anymore. A condition called aphasia prevents Glen from understanding language and communicating with his family.

His daughter, Ashley Campbell, tells “Rolling Stone,” “I kind of look at it like he can’t really receive information. He hears just fine – he doesn’t need a hearing aid – he just has trouble processing what he hears.”

In the late stages of Alzheimer’s, many patients grow angry and confused, but Ashley is thankful her father’s experience has been different.

She adds, “He’s just happy every day, smiles, he enjoys life and he enjoys being around people – and he loves a good piece of cake.”

Every now and then, a little bit of Glen’s personality will resurface, and it’s a true gift for his family.

Ashley recalls, “We were sitting at dinner, and he used to do this joking thing where he would threaten to stab you with a fork and then laugh. So he did it again. He knocked a piece of food off his plate and I reached to put it back, and he turns on me with the fork and goes, ‘Ha ha!’ It was so funny. Little glimpses of him will come back every now and then, and it just makes me so happy.”

Look for Glen Campbell’s album, “Adios,” to come out June 9. The project was recorded a few years ago and includes songs Glen had always loved but hadn’t recorded before.