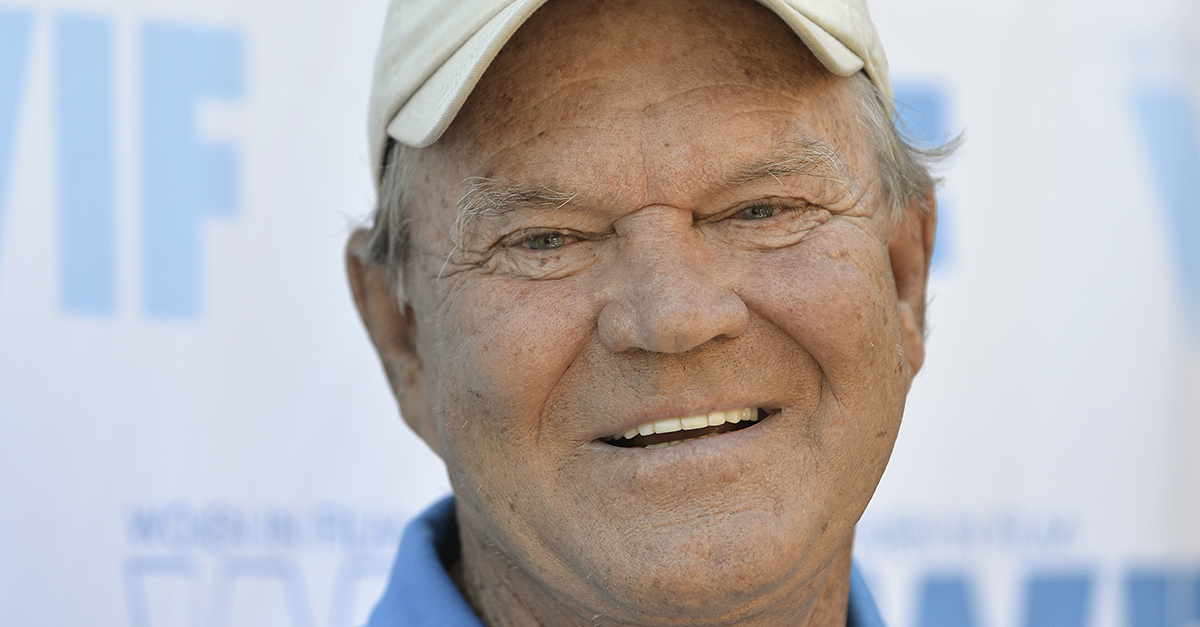 If you are a country music fan, your thoughts can often drift to those legends in our industry currently dealing with health issues. These artists, who have given us all a vast collection of musical memories throughout the years, now find themselves dealing with some of the struggles that often occur in the twilight of life.

One of those artists is Glen Campbell.

RELATED: Glen Campbell’s family gets little glimpses of how he used to be

In a recent interview with People magazine, the Campbell family disclosed details of Glen’s current life as he continues to battle against the final stages of Alzheimer’s disease. Yet perhaps, his battle has now found its share of blessings. In fact, family members say that music has become a very comforting part of Glen’s life at this point.

“Sometimes he’ll just close his eyes and kind of smile and start singing along, even though we don’t know what he’s singing along to, but he’s got a song in his heart and it’s really beautiful to see that,” explained his daughter Ashley Campbell to People.

Glen’s fans are currently enjoying his last piece of work with the music of “Adios,” which was originally recorded in 2012 and just released on June 9. “It’s kind of a recorded version of him and his love for music even after Alzheimer’s,” Ashley said. “It didn’t take his voice or his soul in the music, and so that’s what you hear on his record.”

Our hearts remain with Glen and his family at this difficult, yet sometimes beautiful, time of their lives.