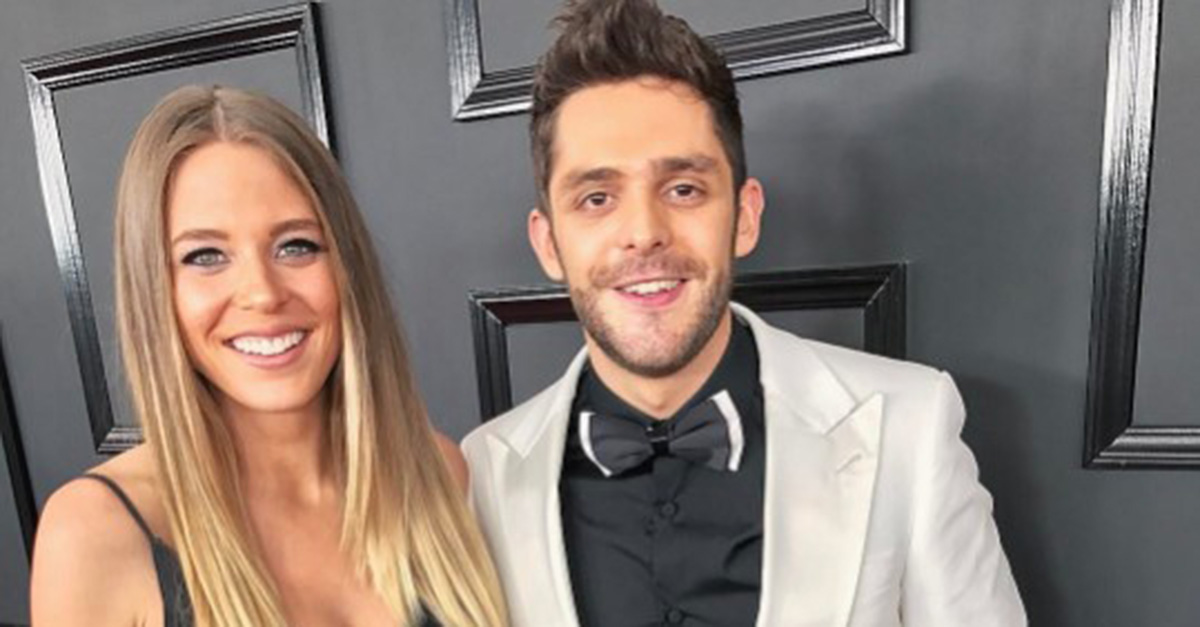 Thomas Rhett and his wife, Lauren Akins, know how to keep a secret!

The cute country couple, who tied the knot in 2012, said that they planned to keep their double-baby news hush-hush while on the red carpet at the 59th annual Grammy Awards on Feb. 12.

Fans may recall that Lauren accompanied her musically talented man at the awards show. He charmed in a white tuxedo, while she stunned in a beautiful gown that featured spaghetti straps and a ballerina skirt. However, Lauren’s dress wasn’t meant to be a topic of conversation. In fact, she recalls dodging questions about her outfit.

“The whole reason I chose that dress was to hide my bump,” the soon-to-be mommy of two tells PEOPLE while talking of her pregnancy, “I’ve been so sick. On our way to the Grammys, Thomas was like, ‘Honey, you look beautiful,’ and I had this look on my face and he was like, ‘Do you feel sick?’ I was like, ‘Yeah — and I’m just praying I’m not about to throw up again before we go on the red carpet!’”

Though they did a good job at keeping the baby news to themselves during the awards ceremony, Thomas and Lauren admit that it was tough holding back. Now that they got the word out to the world, they can’t help but explode with joy!

RELATED: Thomas Rhett and wife Lauren get double the congratulations with this surprise announcement

“To say that we’re excited to finally be able to talk about it is an understatement,” gushed the mom-to-be who, on Feb. 15, revealed that she and her hubs are not only expecting, but they’re also adopting a child from Africa.

And it turns out that there’s even more good news on the way! In addition to their growing family, Thomas received his first-ever nomination for Male Vocalist of the Year at the 2017 ACM Awards! Congratulations, Thomas and Lauren!