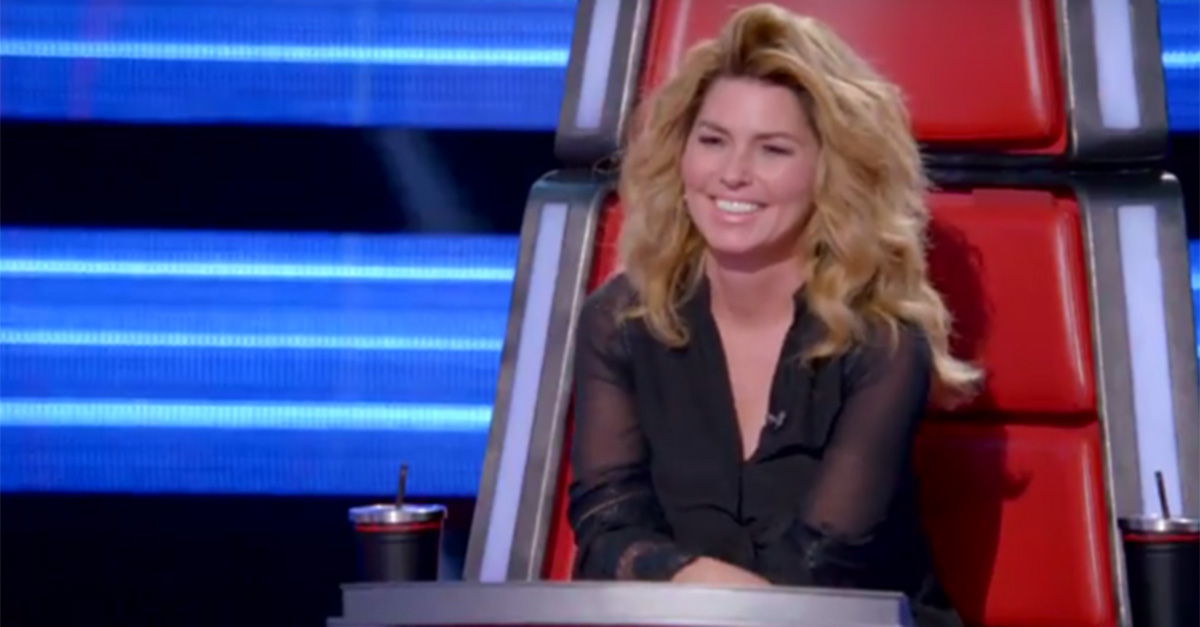 Shania Twain is a global superstar and the best-selling female country artist of all-time. So it?s no surprise that others get starstruck when she walks into a room.

And, it looks as though her presence is doing just that on the set of NBC?s ?The Voice.?

On Monday, April 24, the ?You?re Still the One? hit-maker will assume her role as key adviser to the Top 12 contestants who are still in the running to win this season. Shania will guide the last dozen hopefuls, as they prepare for the next phase of the nail-biting competition.

In a new exclusive clip as part of the upcoming live telecast, Shania meets with the coaches and contestants. While it?s clear that she has contestants in awe, she apparently has long running coach Blake Shelton eating out of the palm of her hand, too.

?Oh my god. I still can?t believe you?re here,” Blake says with an astonished look on his face. Of course, feelings are mutual, as Shania repeats those same words back to her fellow country singer.

While most of the contestants can only muster up the words, ?That?s Shania Twain,? the 51-year-old Canadian gets right down to business offering her mentees advice.

RELATED: Sounds like Blake Shelton is being accused of being jealous on ?The Voice?

?Don?t lose that little rasp thing when you do it for real,? Shania tells Team Gwen?s Hunter Plake, as he prepares for his upcoming performance, ?That?s excellent.?

She may be the Queen of Country, but she?s still impressed! Be sure to catch Shania Monday night on season 12 of ?The Voice? at 8 p.m. ET on NBC.