If there was an angel choir on earth, Vince Gill would be singing lead 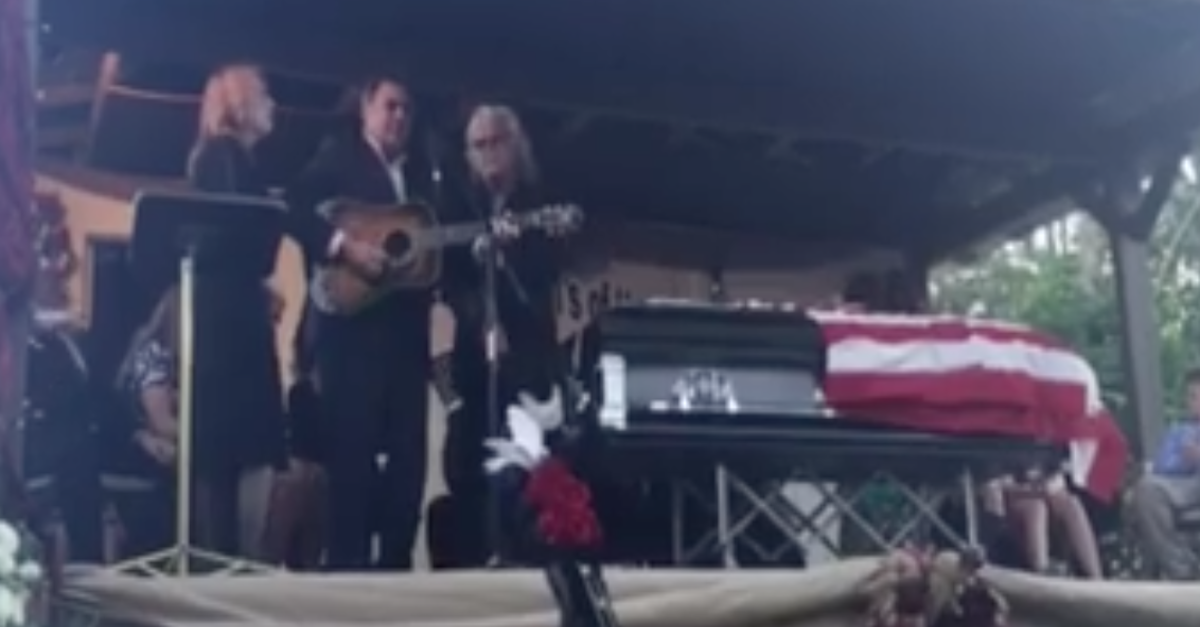 Nobody says goodbye quite like Vince Gill, Patty Loveless and Ricky Skaggs.

When Vince Gill wrote ?Go Rest High on That Mountain,? he wrote it for two dear people in his life. He started writing the song when his friend Keith Whitley died in 1989, but didn?t finish it until his older brother, Bob, passed in 1993. Recorded the following year with his dear friends Patty Loveless and Ricky Skaggs on harmony vocals, the song became an instant classic.

RELATED: Vince Gill?s acoustic version of ?How Great Thou Art? will absolutely floor you

When bluegrass legend Dr. Ralph Stanley died in June of 2016, the family reached out to Vince to say goodbye to his friend in the most fitting way of all — by playing this tune.

With Patty growing up with Ralph in her life since she was a young child and Skaggs calling Ralph his most trusted mentor and having worked for the man for more than 40 years, the three came together for this special tribute. And as Ralph’s casket lay next to them, they joined him onstage one last time to sing him off.

RELATED: The legendary Ricky Skaggs will miss these moments alongside his longtime friend

This wasn?t the first time Vince had been asked to sing this song at a music icon’s funeral. In May of 2013, he and Patty stood inside the iconic circle of the Grand Ole Opry as the casket of George Jones lay in front of them to sing off The Possum. Emotions overtook Vince that day rendering him literally voiceless in the middle of the performance.

As for Dr. Ralph, you couldn?t ask for a more beautiful transition. It?s nice to think that the final thing that swept over his body on earth was an angelic choir made up of friends that love him.