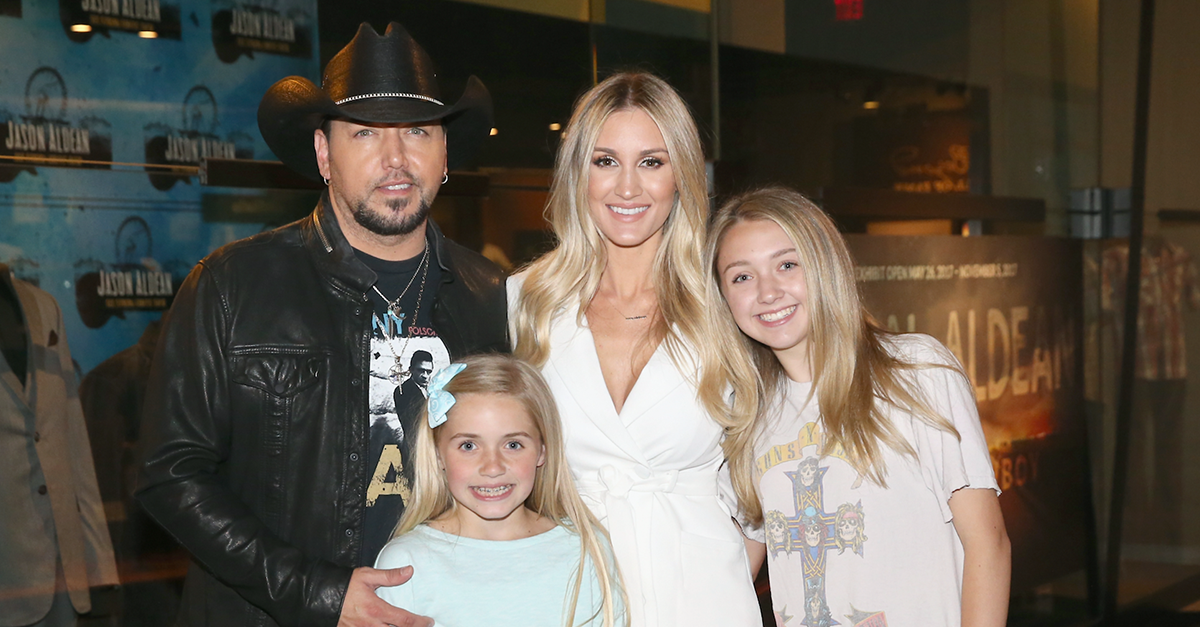 One of the things that parents-to-be look forward to most is talking about what to name their future little one. Now that Jason Aldean and his sweet wife, Brittany, know that they will be adding a baby boy to the family, they’re discussing possible monikers for their little bundle of joy.

On the red carpet for the June 7 CMT Music Awards, Jason and Britt spoke to “Entertainment Tonight” about the naming process. While they didn’t reveal any big secrets on names that they might be considering, they shared definite ideas on what won’t make the cut.

RELATED: Jason Aldean and wife Brittany’s latest mini-photo shoot is giving us all the feels

Jason admitted, “We’re finding out that boy’s names are a lot harder to come up with than girl’s names for some reason. We got a couple of things that we like, but nothing for sure yet.”

They confirmed they aren’t naming their little boy after a family member, and Jason added, “It will be something unique and different. Nothing crazy like a direction—east, west, north, south, none of that stuff.” He is, of course, alluding to Kim Kardashian and Kanye West’s daughter, North West.

The glowing mom-to-be looked stunning at the award show with her little bump on display. She admitted that she’s not quite ready for maternity wear, “I just wear baggy things because it’s kind of like in that awkward stage. I’m ready for a big [bump,] but it’s not there yet!”

Jason added, “She’s worried people don’t know she’s pregnant yet. It just looks like she drank a lot of beer [or] had a big meal.”

We’ve previously reported that this is Jason’s first son—he has two daughters from a previous marriage—but we’ve also learned this is the first boy for either of their families.

“I’m excited,” he said. “Both sides of our families are full of girls. I have two, my sister’s got three, her sister’s got two and so there’s no boys, at all. So for this to be the first boy in the family on both sides is kind of a special thing for everybody.”

If you have a name to suggest for Jason and Brittany’s baby boy, be sure to comment below! And you can test it out by singing “The Name Game.” Come on, sing along with us: “Jason Jason-bo-bason, banana-fana-fo-fason, fee-fie-mo-mason….Jason!”