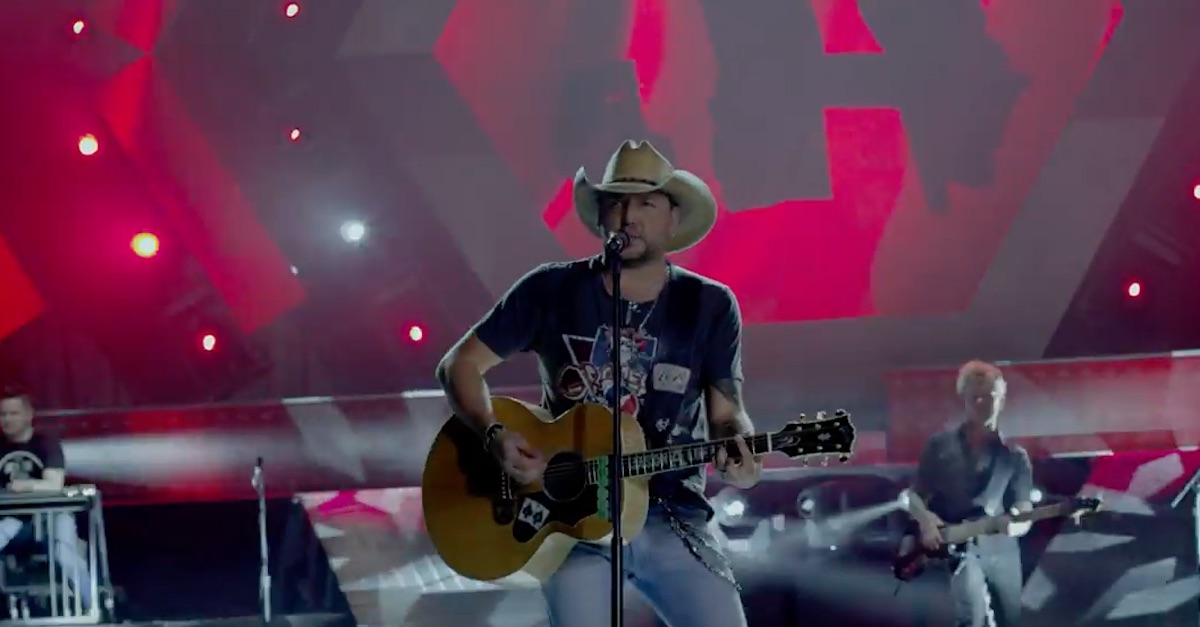 We can’t think of a single country artist who isn’t proud of their rural upbringing, whether it was in Georgia, Illinois, California or Delaware. In fact, it’s that commonality that unites them all and it’s those rural roots that Jason Aldean is standing up for in his new video, “They Don’t Know.”

Growing up in the agriculturally driven outskirts of Macon, Georgia, rural themes are common and popular in Jason’s songs. Tunes like “Amarillo Sky” and “Fly Over States” not only applaud the efforts of America’s farming community and blue collar workers,  butthey also seem to reflect on his childhood. A childhood that might seem alien to those who were brought up in a more suburban or urban environment.

And that’s what he addresses in his new single, “They Don’t Know.” Written by Kurt Allison, Jaron Boyer and Josh Mirenda, the lyrics paint a vivid picture of the backbreaking effort put forth by farmers and the quiet lifestyle they lead. However, in the video for the song, we see the reward in a work-hard, play-harder mentality — both in the agriculture and the entertainment communities.

Weaving in and out of images of what goes into producing Jason’s live show is footage of farmers doing their everyday job and then blowing off steam like only those who live in the country or have access to it can do. They even show off Jason’s new logo, which incorporates his proud Georgia heritage.

RELATED: Jason Aldean admits to making some big changes in this hilarious video

He tells “USA Today,” “Nothing gets under my skin more than being stereotyped. If you live in some big city and you get all your fruits and vegetables at the grocery store, that stuff didn’t just magically appear on the shelf. Some farmer in the Midwest or the South busted his ass to get it there. That’s how they make their living. They’re some of the hardest-working people there are. A lot of times they don’t get the respect they deserve.”