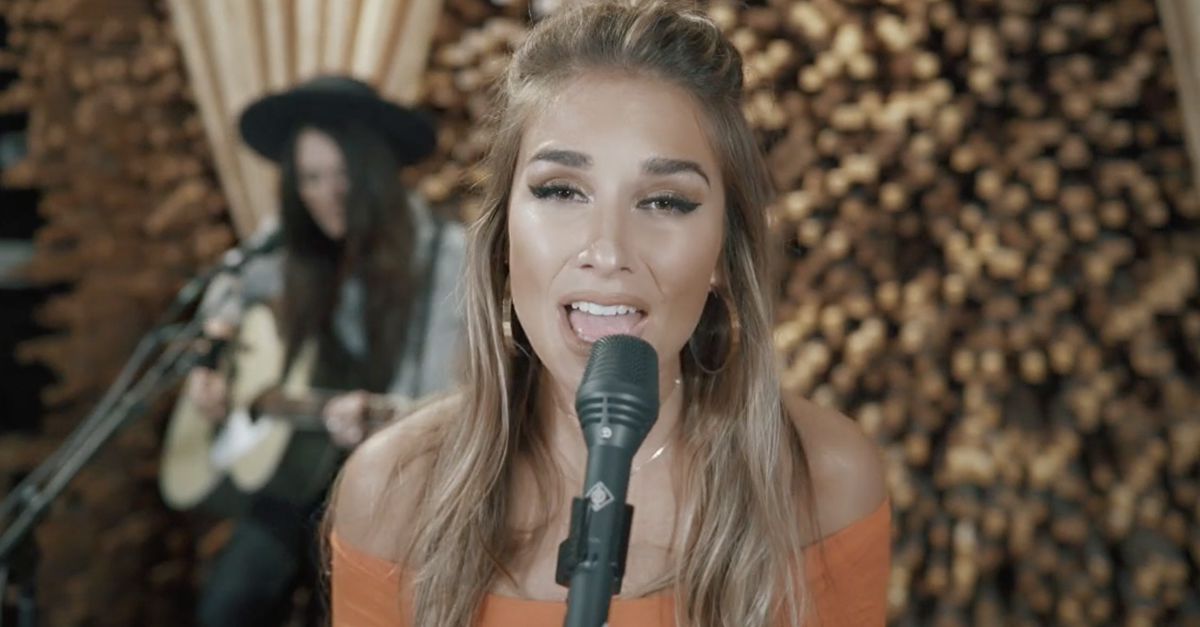 Jessie James Decker fell in love with her new song, “Too Young to Know,” the moment she first heard it. That’s why she fought so hard to have it on her brand-new EP.

The story of “Too Young to Know” begins a few years ago when Jessie was writing songs with Maren Morris. This was a few years before Maren released her debut album, “Hero,” and became a Grammy-winning country star. They wrote two songs that day, and Jessie instantly became a big fan of Maren.

RELATED: This country star is connecting with millions of moms with these no-filter posts

Jessie says, “I just fell in love with her and her songwriting. As soon as she left my house, I sent her a text message. I was like, ‘Look, I love everything you’re doing and I love your songwriting. Do you have any songs that you’re just holding onto or anything that you think that would be great for my project.’ She said, ‘Absolutely!’ So, she sent me over, like, five songs. This was one of them. I just fell over. I was like, ‘Oh my God. I love this song.'”

It’s not hard to see why Jessie would love “Too Young to Know.” It’s extremely catchy and relatable. Apparently, Maren thought the same thing.

When it came time for Jessie to record her EP, she sent Maren a text asking if it would be cool to record “Too Young to Know.”

After a few months, Jessie just couldn’t forget about “Too Young to Know,” so she checked with Maren one last time to see if she could record.

Check out Jessie James Decker’s acoustic performance of “Too Young to Know.” We think you’ll agree this song has found the right home.