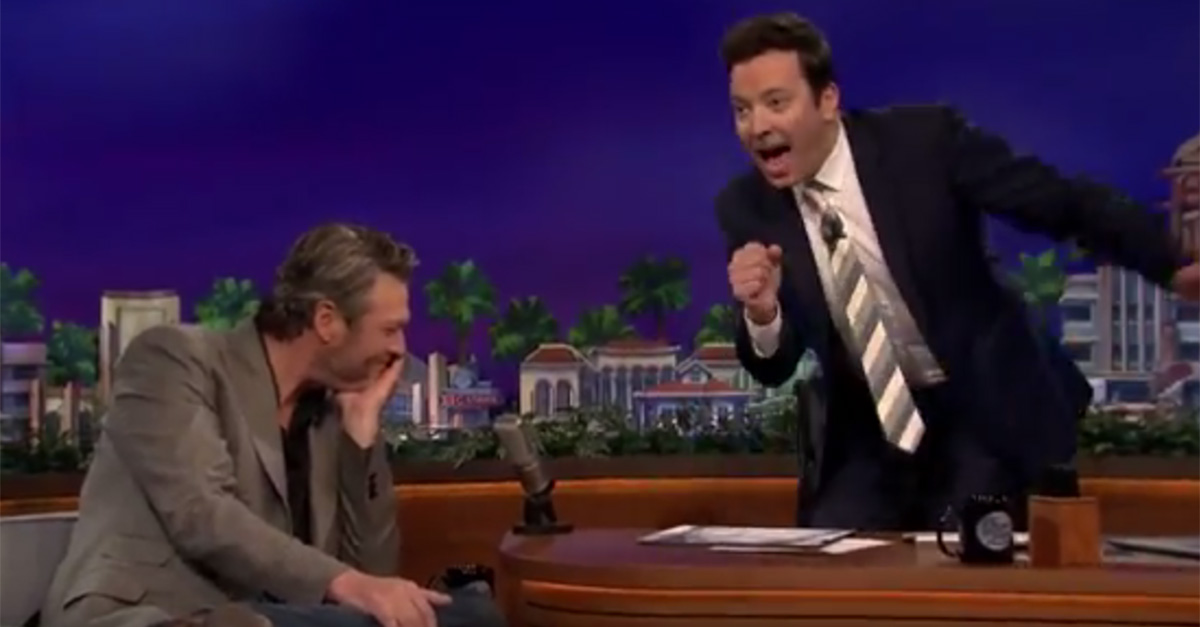 Whenever Blake Shelton and Jimmy Fallon get together, they poke fun at each other in order to draw some laughs from the fans. And, it totally works!

So, it?s no surprise that the pals put their light-hearted ribbing on full display when the country crooner stopped by ?The Tonight Show Starring Jimmy Fallon” on April 4.

Blake appeared on the program as a musical guest and also sat down for an interview. It was during the sit-down portion of the show that Blake revealed he planned on performing his latest single, ?Every Time I Hear That Song.? Jimmy, who tried to prove he was a big-time country music fan, pretended to know the song by heart.

“I love it. I was singing it today,” Jimmy joked before belting out his own version of the tune, set to the melody of Paul Young?s 1985 pop cover of ?Everytime You Go Away.?

But, it didn’t stop there.

While Blake tried to hold in his laughter, Jimmy scanned through the track list of ?If I?m Honest.? Once he found what he claimed to be his favorite song, “A Guy With a Girl,” he asked his house band, The Root, to start the beat. Jimmy, then, proceeded to perform Blake?s “A Guy With a Girl,” but ended up turning it into a hysterical parody of Gwen Stefani?s 1995 smash, “Just a Girl.”

RELATED: A ?The Voice? front-runner won over Blake Shelton with this masterful country cover

“I feel the influence on that one!” he announced after his impromptu performance.

“Normally, you’re not very funny,” Blake replied, “but that was pretty funny.”