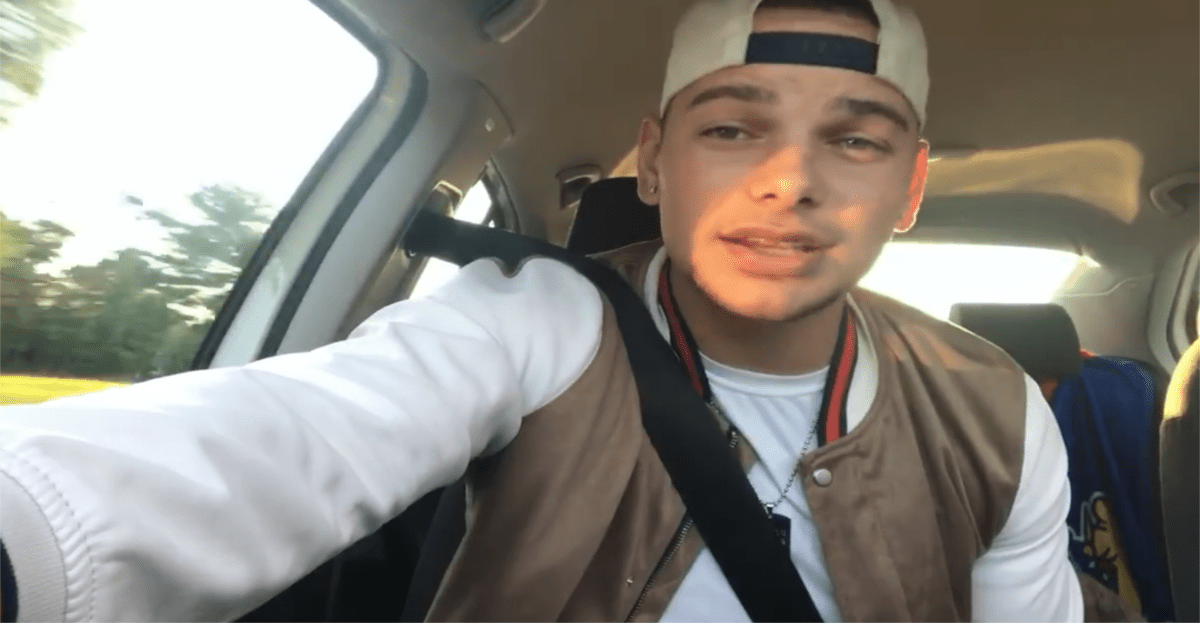 We are starting to notice a little trend with Kane Brown lately ? the boy has been singing lots of love songs.

That?s not a total surprise considering that Kane is very much in love at the moment with fiancée Kaitlyn Jae, who he got engaged to earlier this year. But certainly, with every new romantic ode, country fans are beginning to see a bit of the softer side of the Georgia boy.

That soft side was on perfect display on the evening of May 24, when Kane decided to spring brand-new song on his fans. ?New song (what’s mine is yours) help me share!!! Tag [your] lover,? Kane wrote on his Facebook page, along with the video of him singing with the track in the front seat of a car.

The song tells the story of a man who is seemingly going “all in” relationship wise, telling his lover that essentially ?what?s his is hers.? There is also a bit of a slant on the song that makes us wonder if this song just might be perfect first dance material in the days to come.

RELATED: Kane Brown speaks out about his brand new fiancee

Of course, country fans will have to wait and see if the song makes it into Kane?s wedding plans or his already crowded set list as part of Jason Aldean?s current tour.

?It?s been great being out with Jason,? Kane recently told Rare Country. ?His camp has just been awesome. When I was out with Florida Georgia Line, I was going on first at like 6:30 p.m. right after doors opened and maybe 1,500 people were in the arena. Now I go out more like 7:30 p.m., so it?s super exciting to see that many people coming out to hear me play.?