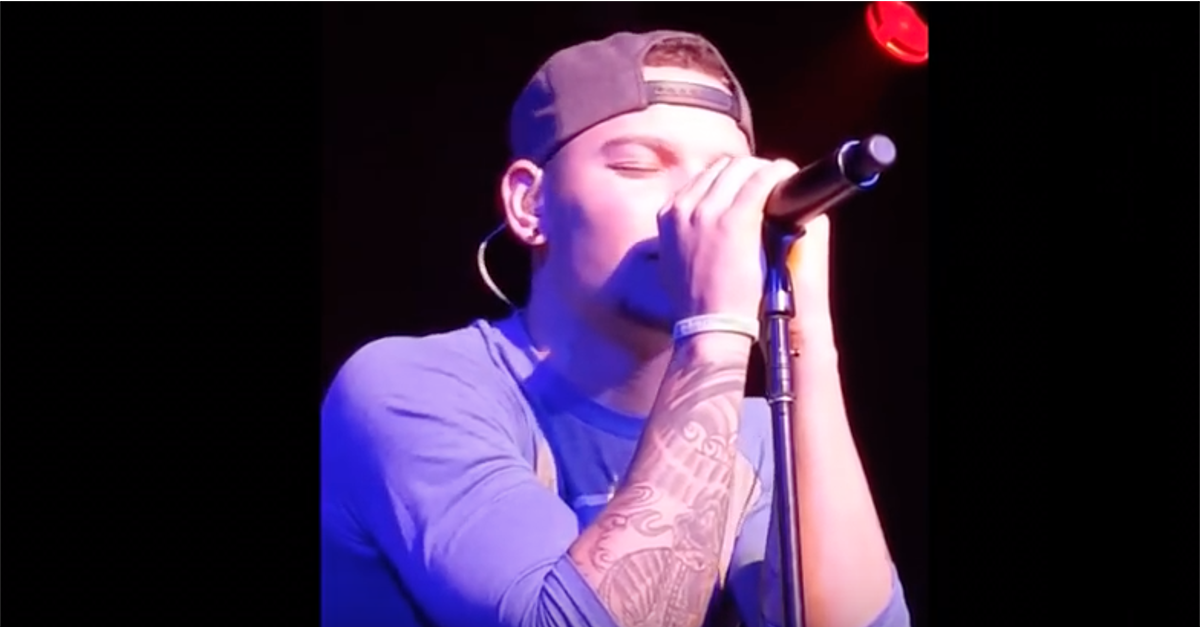 Long before country fans knew his name, rising star Kane Brown was a songwriter writing about the things that mattered to him the most… such as family.

Fast forward a couple of years in which Kane has been thrust into the country music spotlight thanks to chart-topping hits and big-time tours, and the Georgia native remains committed to the music that he made when no one was listening.

One of those pieces of music was titled “Granddaddy’s Chair.”

“I had ‘Granddaddy’s Chair’ written long before any of this ever started,” Kane told Rare Country during tour rehearsals for his upcoming headlining tour. “My nana and my mama cried when they first heard it, so now they can have the song forever.”

Much to Kane’s insistence, “Granddaddy’s Chair” has, in fact, made it onto his debut album, which is set for release on Dec. 2. The song has also found its way into his live set occasionally and still plays a special part in his family’s hearts and their lives.

RELATED: Millions are losing it over Kane Brown’s traditional vocals on this Trace Adkins classic

“My family has really been super laid back about the songs and the album and everything going on, but it is nice to know that we are making it now, and we are not struggling like we used to,” Kane says. “I still have goals though. Just because I have my first album coming out doesn’t mean that I feel like I have made it. When I can donate to charity and take care of my family fully, maybe I will feel like I made it. I just live by the motto of making sure you are farther today than you were yesterday.”