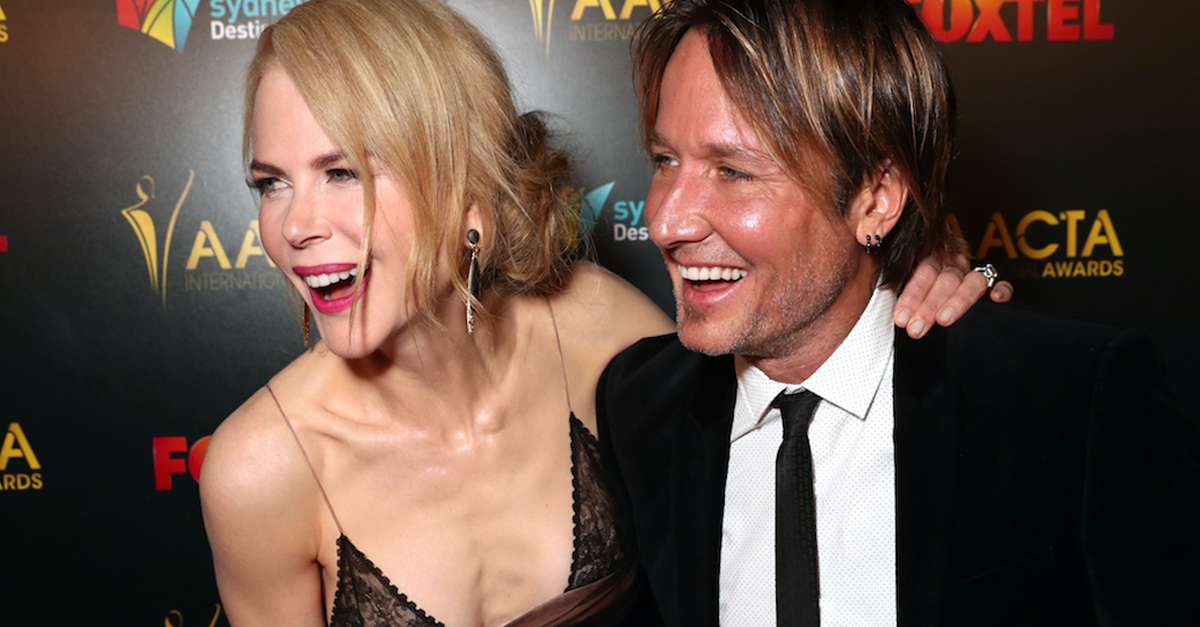 Keith Urban and Nicole Kidman may have ties to Australia, but they’re not afraid to show their love for Music City.

The married couple of 10 years took to Nashville’s Bridgestone Arena on June 3 for Game 3 of the Stanley Cup finals between the Nashville Predators and the Pittsburgh Penguins.

RELATED: Keith Urban tells us all about his strong creative bond with Nicole Kidman

The famous spouses cheered on the home team, while wearing matching yellow jerseys featuring their own names on the back and the Preds signature saber-toothed tiger logo on the front. Check out the cute couple’s Preds spirit in the Instagram shot below.

At one point during the game, Keith took to Instagram to show fans just how excited he and Nicole were to be in the midst of all the other hockey fans in the arena.

In a picture featuring him giving a “thumbs up” alongside his famous wife, he captioned, “GOOOO PREDS !!!!! – KU #PredsPride #StandWithUs #Smashville.”

Perhaps Keith and Nicole’s team spirit gave the Predators a boost, because the NHL team marked its first series win with a final score of 5-1 against the Pens. Cameras captured Keith and Nicole bursting with pride over a Predators goal.

Seriously, ALL of Nashville is fired up right now. #StanleyCup pic.twitter.com/eMTLLN1yvV

“Seriously, ALL of Nashville is fired up right now,” the NHL tweeted alongside a gif of the pair celebrating with fans.

RELATED: Keith Urban and wife Nicole Kidman continue to show us why they are truly meant to be

This isn’t the first time that Keith and Nicole have rooted for the Preds. Back in March, the country crooner performed the national anthem ahead of Game 3 of the Western Conference Finals, where the Predators faced off against the Anaheim Ducks.