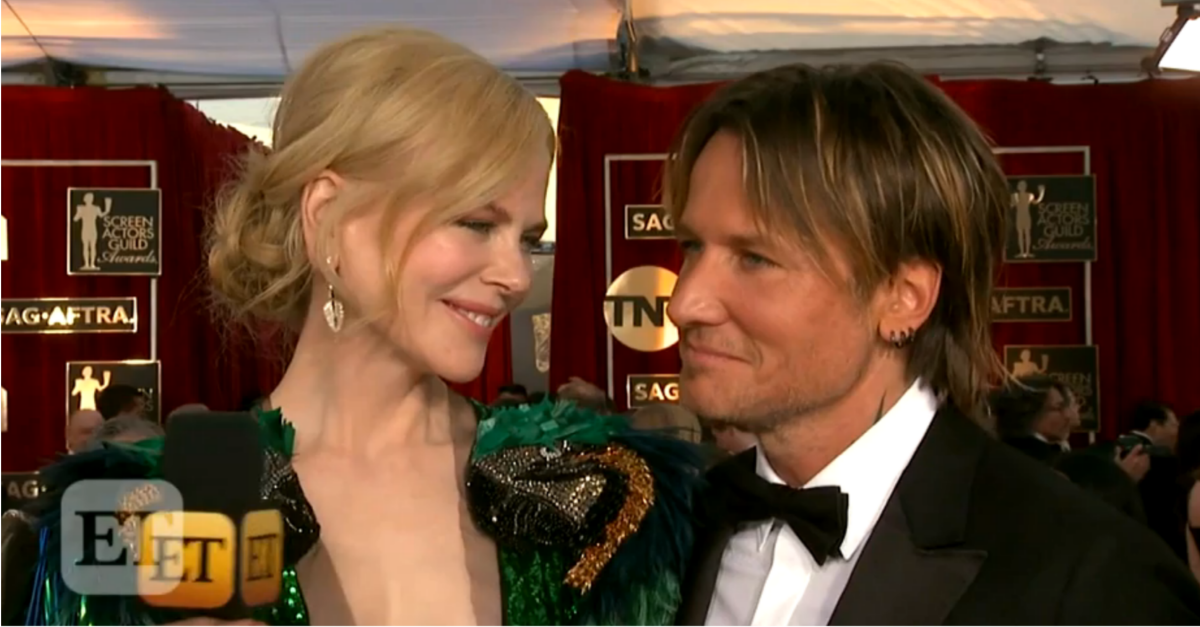 Throughout their marriage, there have been multiple times in which Keith Urban and Nicole Kidman would fly all night and drive all day in order to be together.

Yet sometimes, the calendar just won?t give them a break.

RELATED: Brantley Gilbert opens up about the day Keith Urban saved his life

One of those dates in which the lovebirds won?t be together is Feb. 12. On that particular night, Keith and Nicole will be miles away from each other. As country music fans know, Keith will be in attendance at the Grammy Awards that night, where he is nominated for two awards, and many say he will collaborate with fellow country superstar Carrie Underwood. At the same time, Nicole will be attending the British Academy of Film and Television Arts, as she is nominated for Best Actress in a Supporting Role for ?Lion.?

“We couldn’t believe it,? Keith told ET Online prior to the Screen Actor?s Guild Awards. “It’s an amazing thing to be honored in both our fields in the same night at the same time. I would so love to be there grooving to his tunes, you know?”

“Rarely does that happen where two evenings like that, that are both important to us, in the same night,” added Keith. “But we feel really grateful that we get to be honored in our fields, and we recognize that.”

Of course, technology will help on a night such as this.

“We just love being together,” Nicole gushed. “He’s my protector and my rock [?] [But] we’ll FaceTime or call. We like to see and hear each other. “