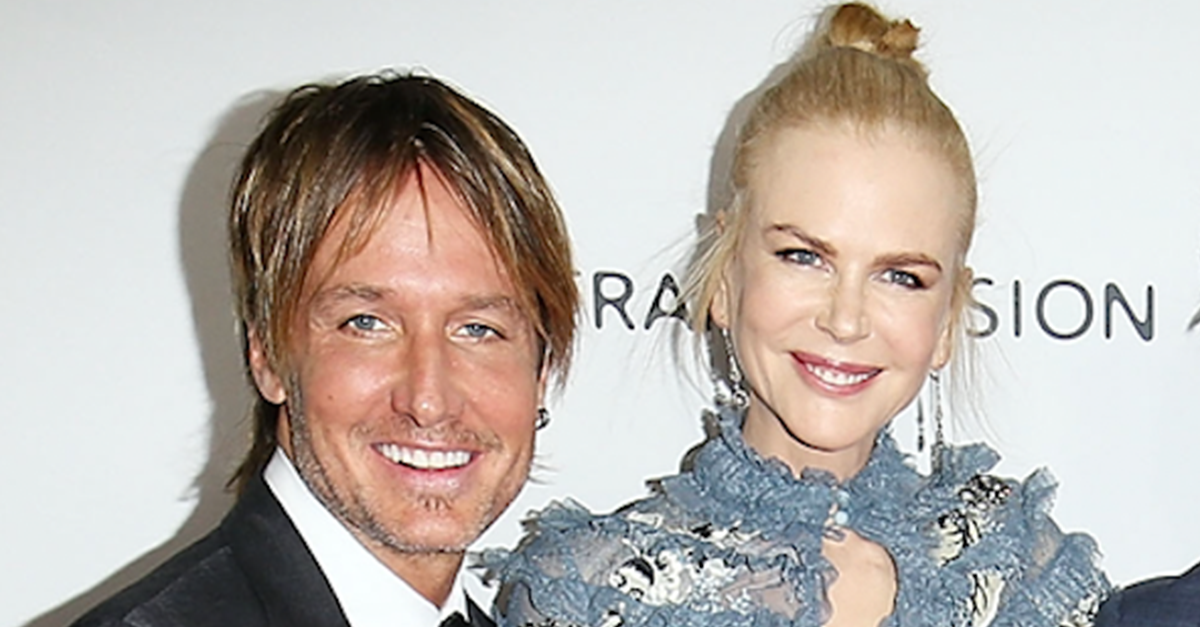 You could say that the stars aligned just right for country superstar Keith Urban and his beautiful wife, actress Nicole Kidman. The 49-year-old entertainers, who often attend each other’s red carpet events, met in 2005 at the G’Day USA gala honoring Australians in Los Angeles.

Although they sparked up a conversation at the gala, it took a little bit longer for them to become a couple. Keith once reminisced about introducing himself to Nicole at the G’Day USA program, telling Oprah Winfrey that he had a case of the jitters.

He said, “There was this split moment where [Nicole] wasn’t with anybody and there was nobody around and I thought, ‘Oh, I’ll just go up and say hi. So I plucked up the courage to go and do it.”

Keith went on to explain that he was incredibly nervous and closed the conversation with a quick, “nice to meet you,” before walking away from his future bride. As for Nicole, she took that as a sign that Keith wasn’t interested in her.

“He didn’t call me for four months!” she revealed on a recent episode of “The Ellen DeGeneres Show.”

But, like the saying goes: “Good things happen to those who wait.” And, with time, the two were brought back together. In 2006, they tied the knot, after merely a month of dating! This past June, the lovebirds marked their 10-year wedding anniversary. Now, after a decade of marriage, they only have eyes for each other, and Keith just so happens to know the secret to keeping their love alive.

“Dating. Keep dating your wife — that’s it,” he tells “Entertainment Tonight.” “I’m still trying to get her to go out with me.”

But, of course, the sparks that fly between the Aussie couple is only half of what keeps their relationship going strong. As a matter of fact, they consider each other to be the glue that holds them in place. In 2006, Nicole helped Keith get through the darkest of times when he battled alcoholism. Then, in 2014, Keith was there for Nicole after she lost her father, who died of a heart attack.

“Definitely we both met each other exactly at the right time,” Keith said in a 2016 interview with E! News. “[Nicole] said early on that she wanted to be brave with me. I feel there was something else at work, bringing us together and then just continuing to watch over us.”