Keith Urban is brought to tears by wife Nicole Kidman 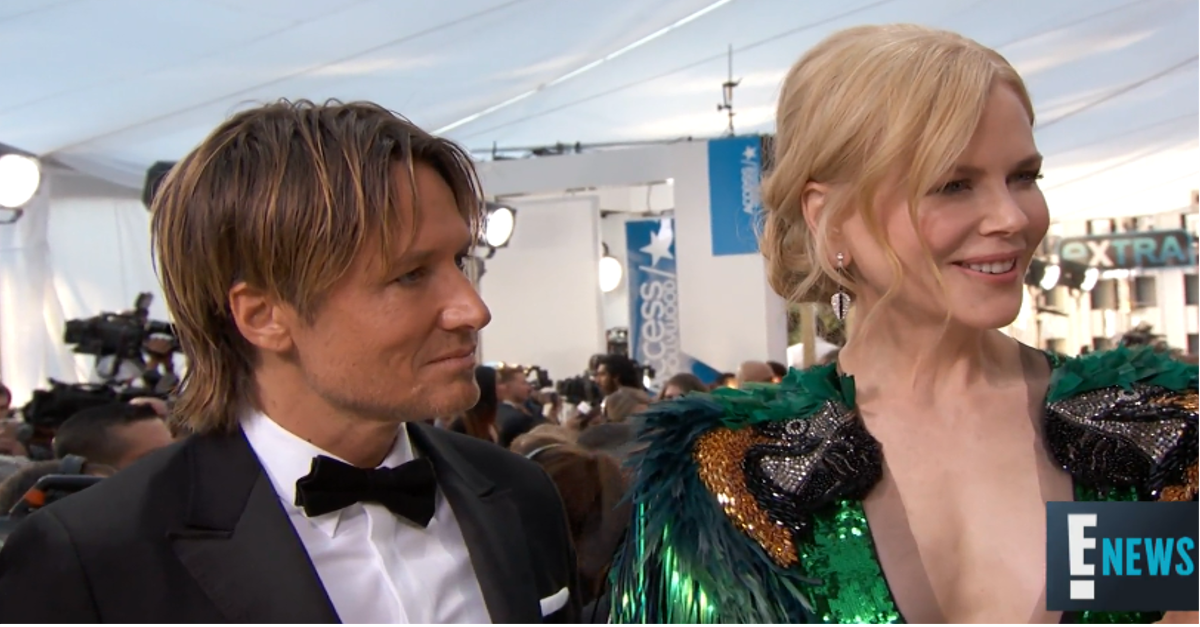 Has there ever been a song or movie that brought a tear to your eye? Be honest! Is it George Jones? ?He Stopped Loving Her Today,? Blake Shelton?s ?The Baby? or Tim McGraw?s ?If You?re Reading This? that had you weepy? Or maybe ?Titanic,? “Terms of Endearment? or ?Ol? Yeller? made your eyes leak.

Keith Urban had that kind of visceral reaction to wife Nicole Kidman?s performance in the movie ?Lion,? and he isn?t afraid to talk about it.

On the red carpet at the SAG Awards, Keith and Nicole stopped to speak with E! News correspondent, Giuliana Rancic, about Nicole’s recent role in the movie ?Lion.? ?Lion? tells the story of a young boy from India who, through a series of events, is lost on a train and ends up in an orphanage. Nicole?s character, Sue Brierley, and her husband adopt the young boy, and, as an adult, he eventually makes his way back to India where he finds his biological mother.

Nicole told Giuliana, ?I knew we were onto a good thing when my sister and my husband saw the film and both came out weeping and wanting to hug me.?

But why the tears? Keith explained, ?I always want to stress the crying is really more about the triumph of the film and the triumph of love. That?s what it?s really about.?

?Lion? has earned numerous regional film festival awards and is also nominated for six awards including Best Picture and Best Supporting Actress for Nicole at the Academy Awards on Feb. 26.