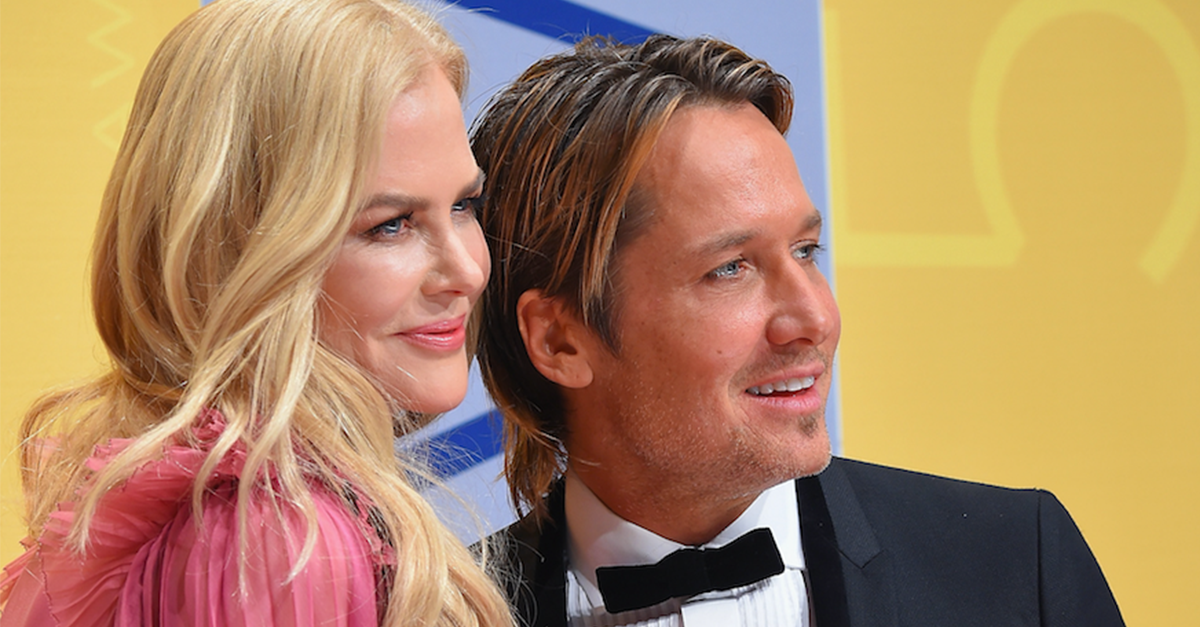 It?s safe to say that Keith Urban and Nicole Kidman belong together.

The married couple of 10 years, who wed in June of 2006, continue to prove just how adorable they are.

However, long before they tied the knot, little did Nicole know that a sweet bonus gift would come along with saying  ?I do? to Keith. That bonus was getting the opportunity to start a family in Nashville.

In an interview with Jess Cagle of People Magazine, Nicole said, ?I?m just lucky that I fell in love with a guy that lived in Nashville, because I was meant to go there. I?m very, very happy I live there.?

She added, ?The country music community is a very warm community. It?s very protective, and Keith?s been a part of it for decades. So, it?s his home. It?s our home.?

The ?Lion? star went on to say that the couple’s daughters Sunday Rose, 8, and Faith Margaret, 6, were born and raised in Music City and have strong southern drawls mixed with a bit of ?Aussie.?

?My daughters are Nashvillians,? said Nicole proudly. ?They have an unusual mix. They?re hybrids.?

RELATED: Nicole Kidman gushing about her life with Keith Urban is making all of our hearts melt

Recently, Keith and Nicole spent time in their native Australia with their two girls. The family celebrated the Christmas holiday on the beach in Sydney following Keith?s Ripcord World Tour dates, which wrapped in Brisbane on Dec. 17.