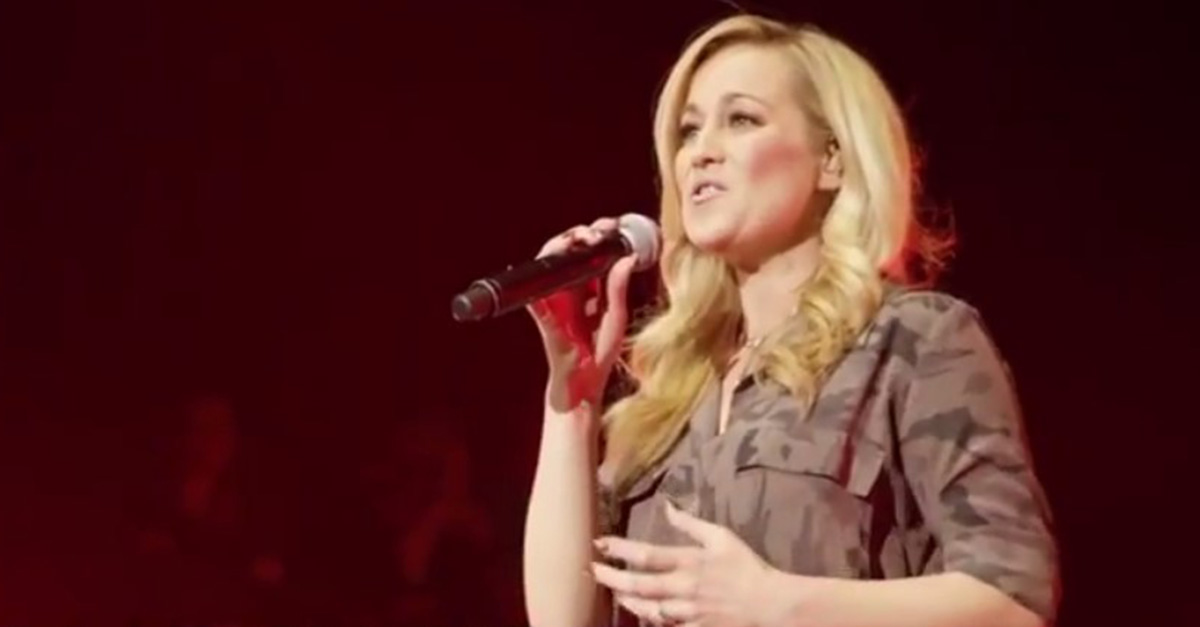 If the Kool & the Gang song “Ladies Night” is stuck in your head, there’s a good reason. Friday night was, indeed, ladies night in Nashville as some of country music’s established and rising female stars rocked the Cracker Barrel Country Roads Stage at Ascend Amphitheater.

An exciting (and free!) new part of CMA Music Festival this year, the Cracker Barrel Country Roads Stage featured big names Sara Evans and Kellie Pickler, rising stars Danielle Bradbery and Aubrie Sellers, and a trio of newer acts — Kelleigh Bannen, Ruthie Collins and Natalie Stovall — who performed together under the funny moniker “Three Girls Rock Into a Bar.” And they did, indeed, rock.

RELATED: Watch as a cappella group Pentatonix surprises a room of unsuspecting Cracker Barrel diners with this stunning performance

Kellie, a longtime military supporter, was the perfect choice to host a very special segment of the show. She introduced members of the 101st Airborne Division — including Commanding General and Fort Campbell Major General Andrew P. Poppas — to the stage, along with Division band, the Screaming Eagles, who performed the national anthem. The 101st Airborne is celebrating its 75th Anniversary as a Division.

Outside the venue, fans could take photos with the Cracker Barrel’s newly commissioned murals in Ascend Park, which provided some fun, shareable social media opportunities.

Meanwhile, hot duo Dan + Shay surprised some fans by tagging along on their free Lyft rides to Cracker Barrel locations, playing some games with them along the way and then hanging out with them in the restaurant.

RELATED: Lady Antebellum’s “Heart Break” led them to challenge each other creatively

Fans all over downtown Nashville welcomed a comfortable place to sit and rest, as Cracker Barrel’s famous rocking chairs were strategically placed around the festival footprint. And there was an even better cause than just a respite for weary festivalgoers. Friday marked the second day of the Rock-A-Thon challenge. If fans clock in 150,000 rocks on the 644 rocking chairs over the course of the festival (a nod to Cracker Barrel’s nationwide store count), the company will donate $15,000 to the CMA Foundation.