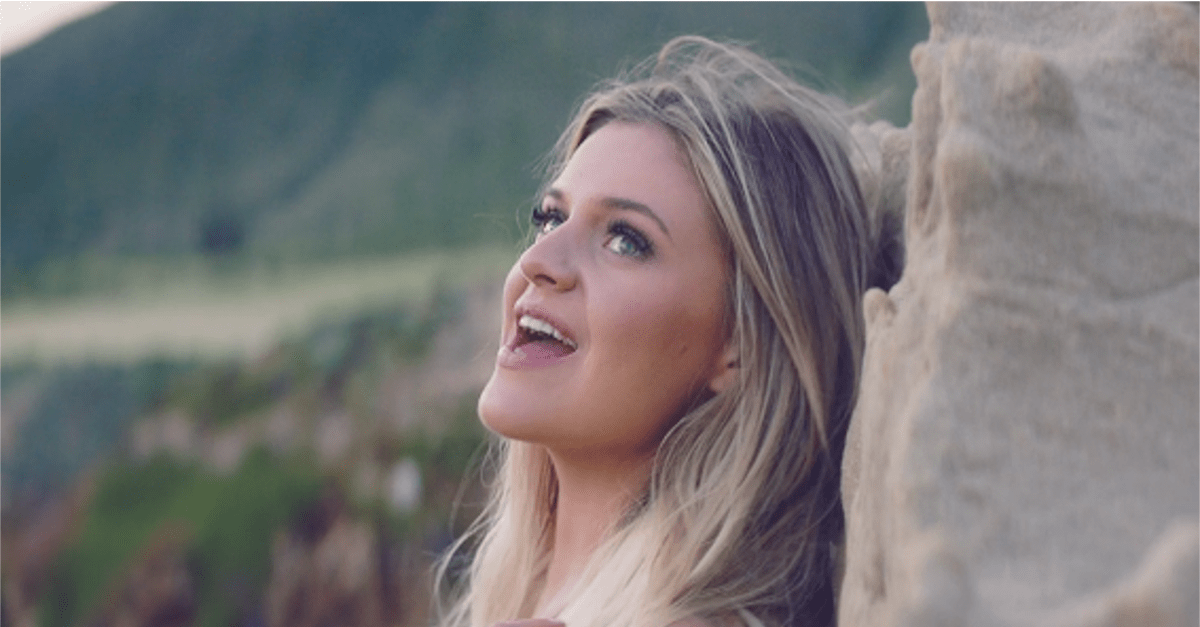 Countless country music fans have eagerly been awaiting Kelsea Ballerini’s new video for her song “Legends,” but no one expected this. Released in the early morning hours of June 29, the exquisite video tells the story of a couple that seemingly has everything, including a love story that everyone around them was envious of.

But then comes the night daddy goes to get more ice for the birthday party.

And their fairytale ends in a flash.

RELATED: Kelsea Ballerini says goodbye to a really special time in her life with this performance

The video not only shows the immense talents of director Jeff Venable, but the amazing transformation of Kelsea from a young new star to a mature and talented woman poised to tell some amazing stories. And it goes without saying that the song itself serves as an intriguing first look at Kelsea’s new album, set for release later this year.

Oh, and the video is downright addictive. Kelsea shot her scenes in the video on an oceanside cliff in Big Sur, California.

RELATED: Kelsea Ballerini proves she can roll with the punches in this insane boxing video

The song is sure to continue its rise up the charts thanks to both the intriguing video, and also the fact that fans are currently eating it up as Kelsea performs it while out on Lady Antebellum’s “You Look Good World Tour,” which will crisscross the country this summer before embarking overseas to the U.K., Ireland and Europe come October.