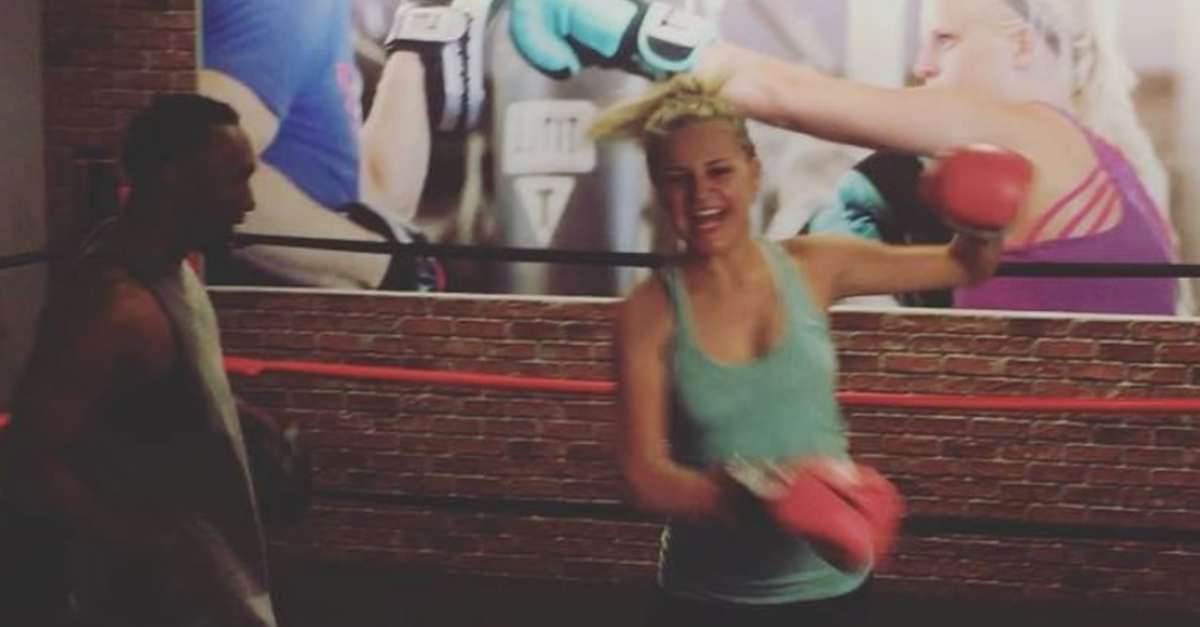 Kelsea Ballerini is a champ.

If you need proof, just check out this brand-new Instagram video of the ACM Awards nominee throwing punches and dodging jabs in her first-ever boxing session.

First Title experience. @larry_donald you're a champion and @katemroeder you're the best cheerleader. Hometeam Tour here we come!

Though it’s her first time at this particular boxing club in Nashville, Kelsea looks like a pro going head-to-head with her boxing trainer, Larry Donald. She gives a big yell and a jump at the end of the video, so you know she’s having a blast.

Kelsea puts in the hard work at the gym, but she also allows herself some indulgences along the way. Just a few days back, Kelsea posted this Instagram video rolling through the drive-thru at McDonald’s.

Now, we’re craving some of those tasty chicken nuggets.

This new workout clip comes on the heels of Kelsea finding out she’s up for a few ACM Awards, including Female Vocalist of the Year. Look for her to appear on the show coming up April 2 on CBS.

Kelsea is also gearing up to open shows on Thomas Rhett’s Hometown Tour, kicking off Feb. 23 in Michigan. She couldn’t be more excited for this trek with Thomas.

Kelsea tells Rare Country, “He’s like king of the world right now. He’s killing it. More than that, I adore him. I adore his wife. I adore his music, and I think it’s going to be really cool to team up with him and make people have a good time for a few months!”