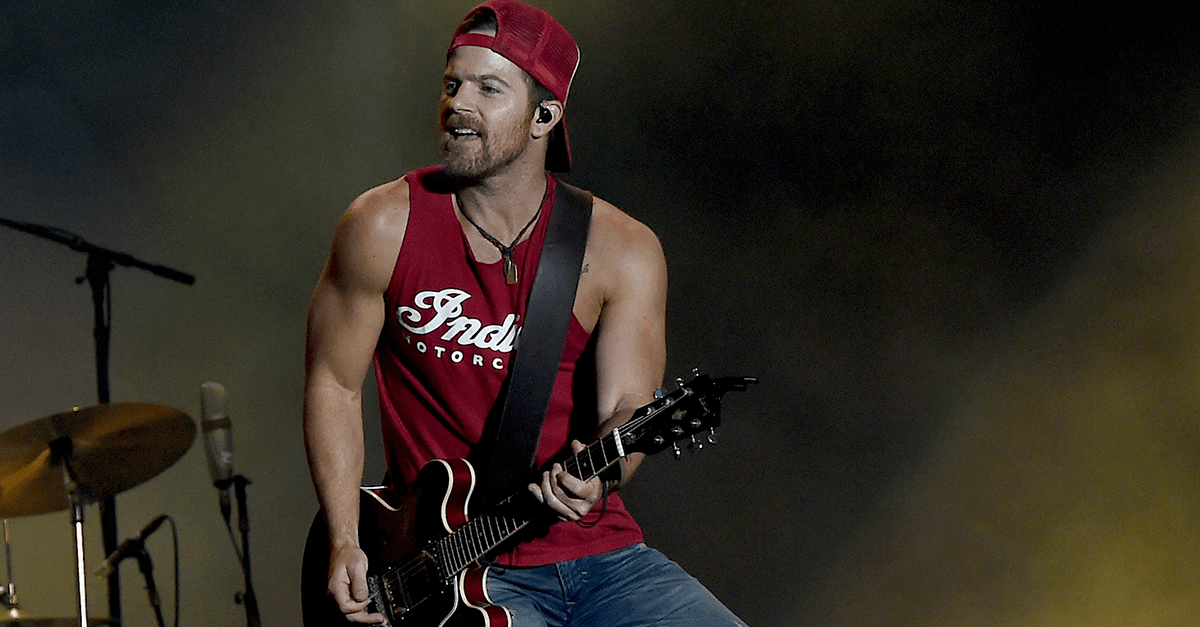 We all have moments from our past we wish we could forget, and Kip Moore just had an embarrassing part of his history brought up in a recent interview.

The guys at CBSSports.com somehow found out that Kip worked at clothing store Abercrombie & Fitch while trying to make it as a singer/songwriter.

When that piece of trivia came up, Kip said, “I’m never gonna be able to shake that, am I?”

RELATED: Tough guy Kip Moore gets emotional about the role his parents have played in his life

The guys pressed Kip even further asking him if he worked as one of Abercrombie’s shirtless male models.

He replied with a laugh, “I never did that. I never went that far.”

The talk about Abercrombie just wouldn’t stop, but Kip did his best to minimize the discussion.

RELATED: Kip Moore speaks out about the obsessed fan that simply won?t take no for an answer

Working at Abercrombie was nothing compared to the challenge of trying to make it as an artist in Nashville, though.

Kip went on to say, “It was the hardest grind that I could ever imagine. I was constantly being kicked in the teeth and doors shut in my face. But it was playing as many places as I could and developing a following and word of mouth about my songs.”

All that work has paid off for Kip. His sophomore album, “Wild One,” features his current hit, “Running for You.”