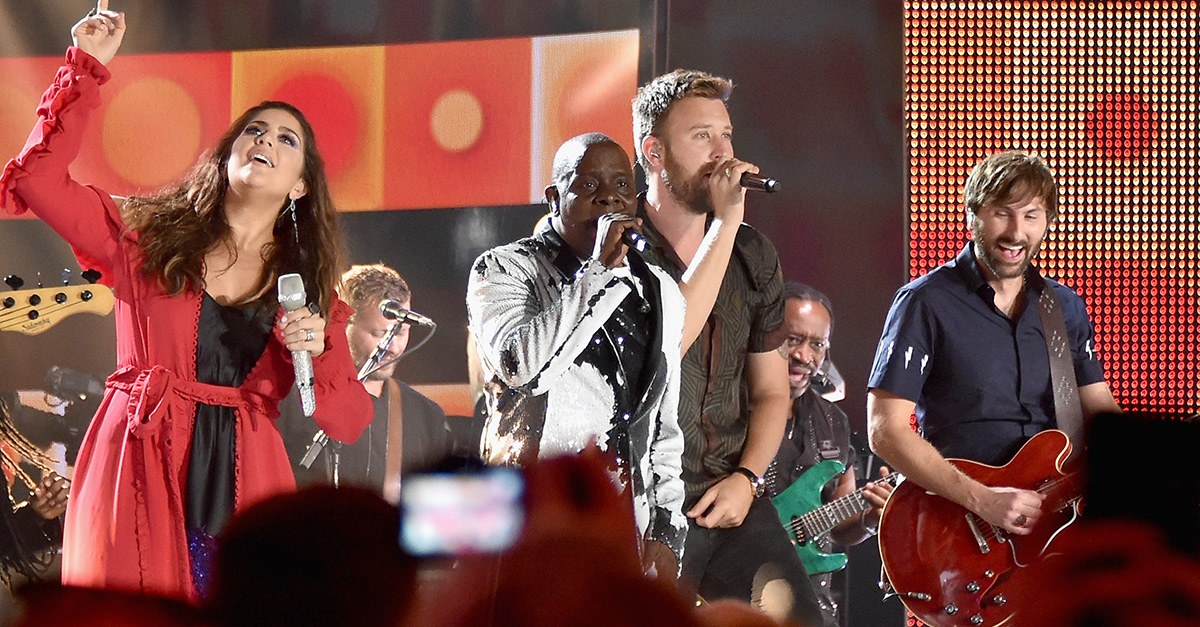 The CMT Music Awards are notorious for pairing country and non-country acts in big, show-closing numbers, and this year’s show was no exception.

Legendary band Earth, Wind & Fire joined Lady Antebellum for a medley that had everybody — including Keith Urban and Nicole Kidman — up out of their seats and dancing along during the June 7 show.

The performance started with the members of Lady Antebellum alone on a small circular stage mid-venue, where they performed their current hit, “You Look Good.” As Hillary Scott and Dave Haywood made their way toward the main stage, Charles Kelley popped into the audience to put a spontaneous squeeze on Little Big Town’s laughing Jimi Westbrook.

But the energy in the room doubled when Earth, Wind & Fire’s Phillip Bailey, Ralph Johnson and Verdine White joined them onstage and launched into their classic “September.” Hillary even took the lead on a few lines, trading off with Phillip.

RELATED: Thomas Rhett slays his newest single amid these sultry backup dancers at the CMT Awards

As the camera panned to the audience, celebrities including Luke Bryan, Dustin Lynch, and Thomas Rhett and wife Lauren Akins could be seen getting their groove on in a really fun way to end the show.

Lady A’s new album, “Heart Break,” which includes “You Look Good,” is available on CD and vinyl at all Cracker Barrel locations nationwide beginning Friday, June 9 and at CrackerBarrel.com.