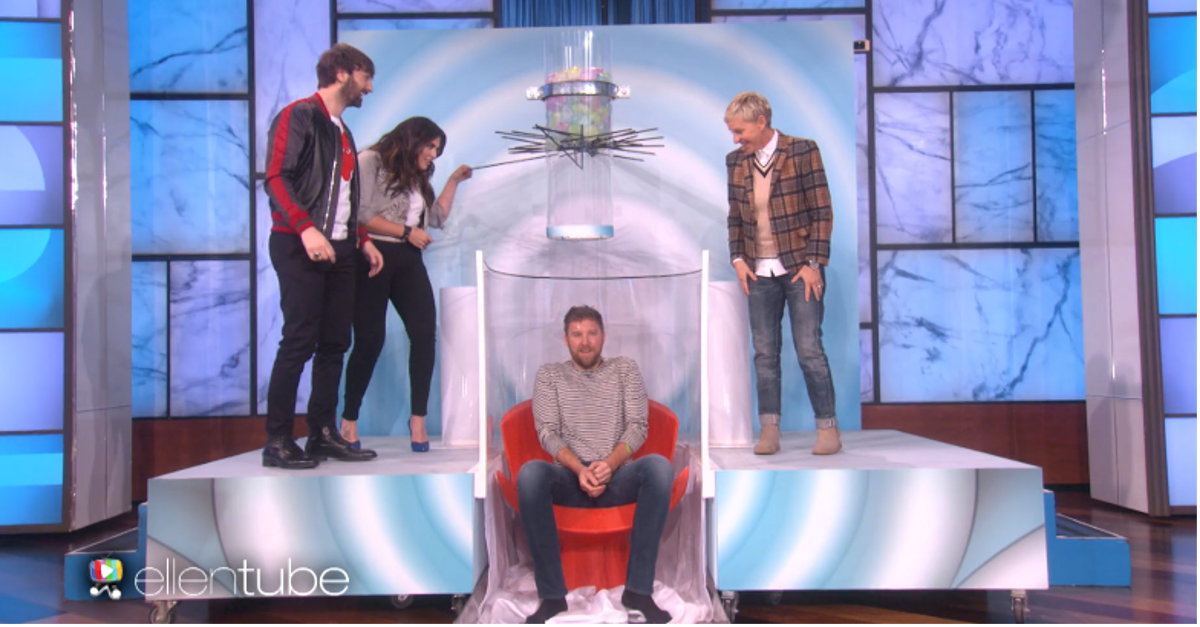 Lady Antebellum stopped by ?The Ellen DeGeneres Show” on Jan. 24 to sing their new single, ?You Look Good.?

But things took a hilarious turn when host Ellen DeGeneres invited the country music trio back up to play her favorite Jenga-inspired game called, ?Oops! My Water Broke.?

RELATED: Lady Antebellum remained a country force to be reckoned with in 2016

In the funny segment, Ellen hand selected Lady A member Charles Kelley to take a seat underneath a contraption filled with water balloons. Then she, along with Lady A?s Hillary Scott and Dave Haywood, took turns carefully removing sticks out from under water balloons in hopes to keep one of the liquid-filled balloons from falling on Charles? head.

But, the outcome did not play out in Charles? favor.

After merely pulling three sticks out, water balloons began to drop on Charles? head. With his eyes sealed shut, Charles screamed, ?That?s cold! You all made it cold. Come on now! That?s freezing. It?s like you put ice in it!?

Eventually, all of the balloons popped on Charles’ head, which left him soaked and his bandmates giggling. Needless to say, he should?ve brought an extra pair of clothes!

On May 26, Lady Antebellum will hit the road for their You Look Good World Tour. The trek will take them through North America, Europe and, for the first time, South Africa. Lady Antebellum’s latest single, ?You Look Good,? appears on their upcoming album, ?Heart Break,? due out June 9.