Lauren Alaina brings a special guest onstage, and it is beyond precious 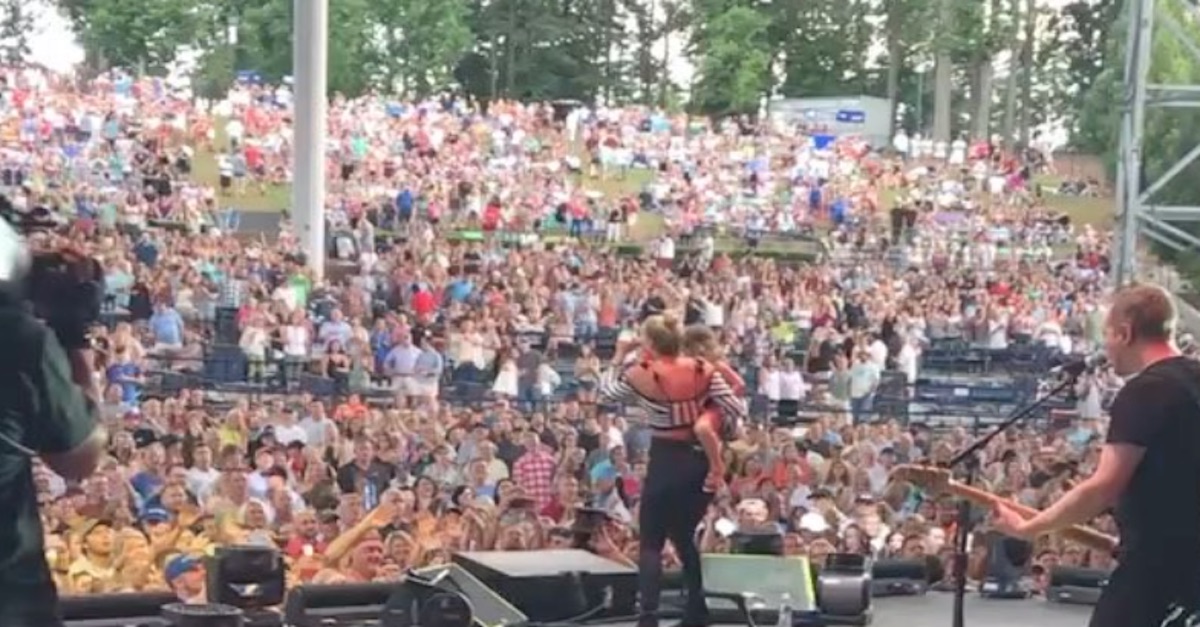 Every hardworking country singer-songwriter deserves to be as successful as they want and work to be. But it’s been especially fun to see Lauren Alaina finally enjoying some success after chipping away at it for the past six years. And as much as we, as fans, have loved watching her rise, her family has likely loved it even more.

One young member of the country star’s family got an especially good view of singer-songwriter’s success when she got a chance to join her Auntie Lauren on stage.

During this past weekend’s “Huntin’, Fishin’ and Lovin’ Every Day Tour” show in her Georgia home state, Lauren brought her niece onstage while she sang her first No. 1 hit, “Road Less Traveled.” In video shared on her Instagram page, Lauren rocks the little girl on her hip, and when she invites the crowd to sing along, it’s almost overwhelming and obviously emotional.

I'm not even sure what my life is anymore. Look how many people are in that crowd singing my song. My sweet little niece is on my hip and getting to soak in every second. I've had this dream since I was her age, and last night I got to show her that you can achieve any dream if you work hard enough for it. ANDDDD I'm crying. Thank you @lukebryan for making this summer the best one yet. ❤😭

“I’m not even sure what my life is anymore,” Lauren writes. “Look at how many people are in that crowd singing my song. My sweet little niece is on my hip and getting to soak in every second. I’ve had this dream since I was her age, and last night I got to show her that you can achieve any dream if you work hard enough for it. ANDDDD I’m crying.”

Lauren has become quite the inspiration and advocate for tenaciously and relentlessly pursing dreams. After earning the runner-up spot behind Scotty McCreery in the tenth season of “American Idol,” the then 17-year-old released an album, an EP and a handful of great singles that charted into the Top 40. But it wasn’t until the 2017 release of her sophomore album, “Road Less Traveled,” that the planets aligned.

Using her own life as inspiration for her music, Lauren has become an advocate for pursuing your dreams at any cost. In another video shared by one of her sweet fans, Lauren said, “I just wanted to encourage all of you that no matter what you want to be or what you want to do with your life, you can literally do it. I came from Rossville, Georgia. Small town girl, big city dreams and somehow I have a movie now and a number one song and all these crazy, amazing things have happened in the last year.”

Proud of this girl. 💗 It's crazy how big her career has gotten since only January. I feel like this is what God wanted for her all along but He wanted it to happen at just the right time💗 @laurenalaina 💗 #laurenalaina #advice #inspiration #inspire #motivation #love #roadlesstraveled #believe #nextwomenofcountry #cma #cmafest #idol #americanidol #hero #followme #gainpost #beautiful

Lauren looked at her own life for the inspiration for album title track “Road Less Traveled,” which she co-wrote with Meghan Trainor and Jesse Frasure. Listen for more of her autobiography in her new single, “Doin’ Fine,” co-written with Emily Shackleton and busbee.