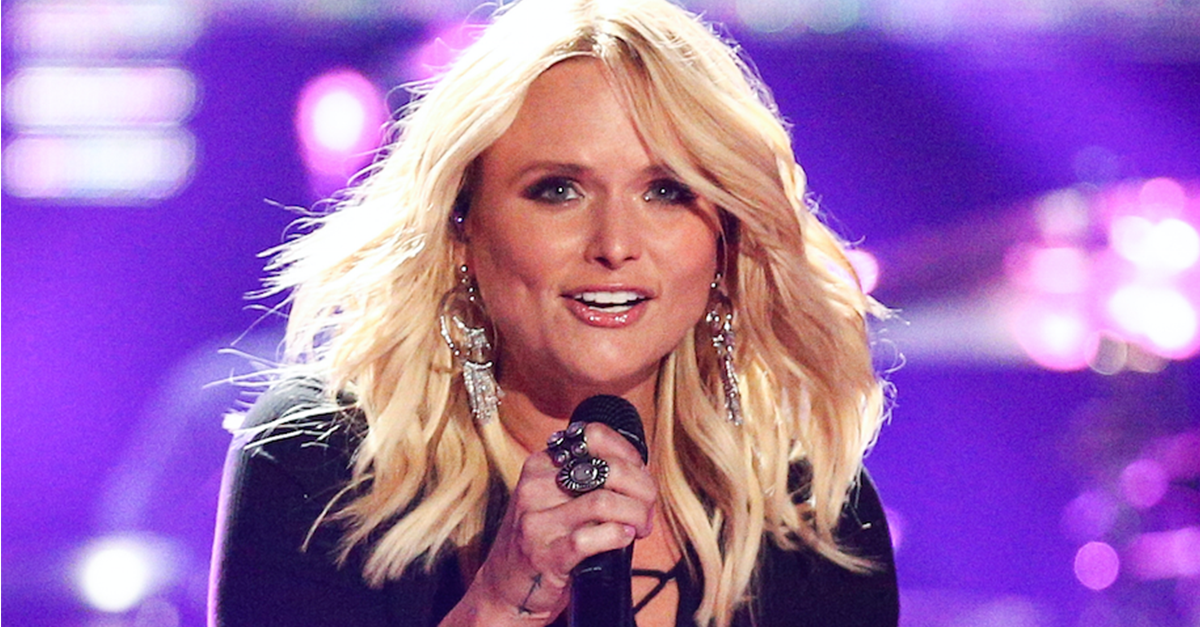 On June 11, 2016, Christina Grimmie ? who came in third-place on season 6 of ?The Voice? ? was fatally shot by a deranged man inside the Plaza Live in Orlando, Florida.

That same night, Miranda Lambert played a concert at the PNC Music Pavillion in Charlotte, North Carolina. It was there that the third runner-up of ?Nashville Star? heard about the tragic news.

RELATED: Miranda Lambert just made every country fan?s day with this rocking announcement

And with a heavy heart, Miranda took a moment to dedicate a touching song to Christina.

?Something real sad happened today,? Miranda told her fans, ?an artist named Christina Grimmie was shot when she was signing autographs for her fans last night in Florida. I just want to sing this song. I want us to sing this up to her, because she went home tonight.?

Then, Miranda sweetly sang her hit song, ?The House That Built Me.? And it was clear that her misty-eyed performance touched every heart in the crowd. Midway through the ballad, Miranda held her microphone to the audience. And together, the fans sang up to the heavens in memory of their beloved Christina.

Miranda also Instagrammed in honor of Christina with the caption, ?I’m so sad to hear about Christina Grimmie. An amazing talent. While doing what the Lord put her on this earth to do, her life was taken. Praying for peace and healing for her family. #ripchristina?

I'm so sad to hear about Christina Grimmie. An amazing talent. While doing what the Lord put her on this earth to do, her life was taken. Praying for peace and healing for her family. #ripchristina

While her loved ones still mourn for her, one thing is certain ? she left us with the memories of her shining smile and vibrant personality. And now we can only hope that she?s entered the house of a higher power.