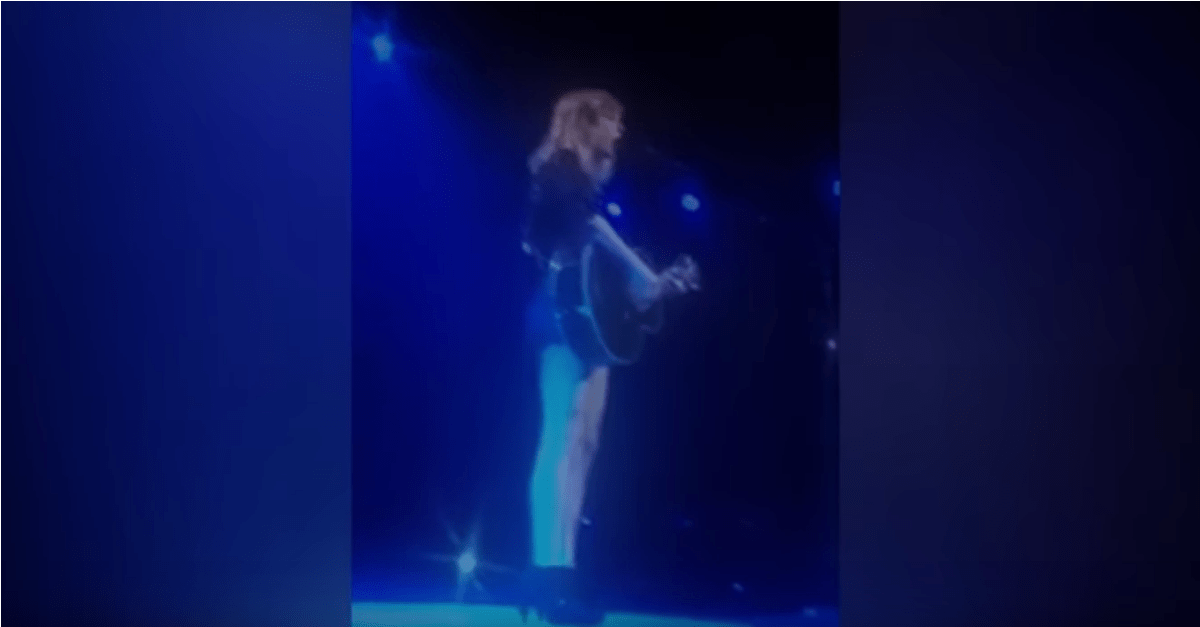 Country music fans have become almost used to the fact that Taylor Swift has made the decision to take her music in a different direction, and we are fine with that. Fine, that is, until we heard her cover a country song. And then all of a sudden, it dawns on us.

RELATED: Taylor Swift honors her country past with this incredible performance alongside Alison Krauss

This reminder came courtesy of her high-profile Super Bowl concert on Feb. 4, where she played a 17-song set in front of 9,000 screaming fans in Texas. During the concert, Taylor decided to perform the song “Better Man,” which is the song she wrote for Little Big Town and the one that’s already making some noise on the country music charts.

It was an extra-special evening because it was the first time that Taylor had ever performed the song live.

RELATED: Remember when Taylor Swift was country and “Tim McGraw” was a hit song?

“I never really knew what it would feel like to hear my song on the radio and have someone else singing it,” she told the crowd, according to “Billboard.” “Turns out, it feels awesome. I feel really grateful to the artists who have decided to record the things that I have written. The one drawback is just that you don’t really get to hear the crowd sing the songs back to you.”