Listen as this country newcomer slays a Loretta Lynn classic 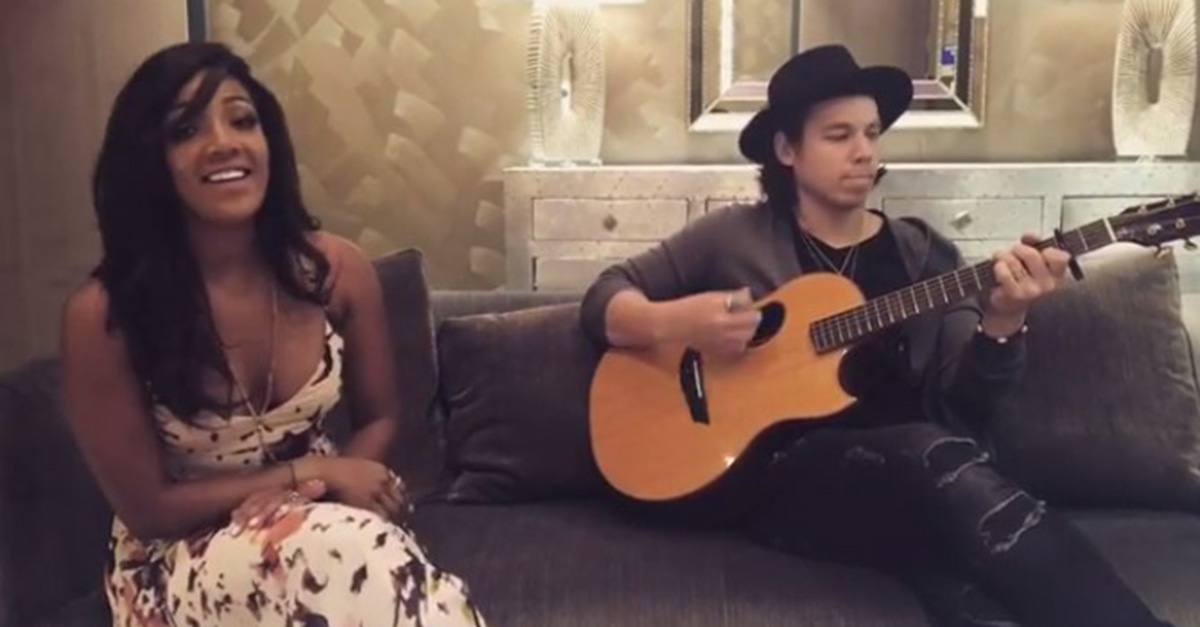 For most young country stars, just getting to see or meet a living legend like Loretta Lynn would be a thrill, but young newcomer Mickey Guyton is getting something more than just a thrill. She?s opening for the icon on April 15 at the Ryman Auditorium.

Mickey shared the big news on her Instagram page with a quick video of herself performing Loretta?s ?You Ain?t Woman Enough (To Take My Man).? And the singer-songwriter matches Loretta?s honeyed twang with her own Texas drawl.

I'm opening for @lorettalynnofficial… at the @theryman… this Saturday. I can't… What a freaking dream.

Loretta is playing two nights at the Ryman to celebrate her 85th birthday, which is actually on April 14. The native Kentuckian made her debut on the historic Ryman stage in the 1960s when it was still the only venue that hosted the Grand Ole Opry. In fact, in a popular scene from the movie about her life, ?Coal Miner?s Daughter,? a young Loretta is welcomed to the Ryman for the very first time by the iconic Ernest Tubb while Miss Minnie Pearl and Roy Acuff watch on — the REAL Ernest, Minnie and Roy, y?all.

In a sweet symmetry, Loretta was recently back at the Ryman to help welcome her sister, Crystal Gayle, as an official Opry member.

Mickey is a native of Arlington, Texas and is a frequent visitor to the Opry stage as well. In fact, she performed her debut single, ?Better Than You Left Me,? at the Opry in 2015 before it was officially released. We?re looking forward to new music from Mickey, but she?s also busy planning a wedding. She and her fella announced their engagement last fall.