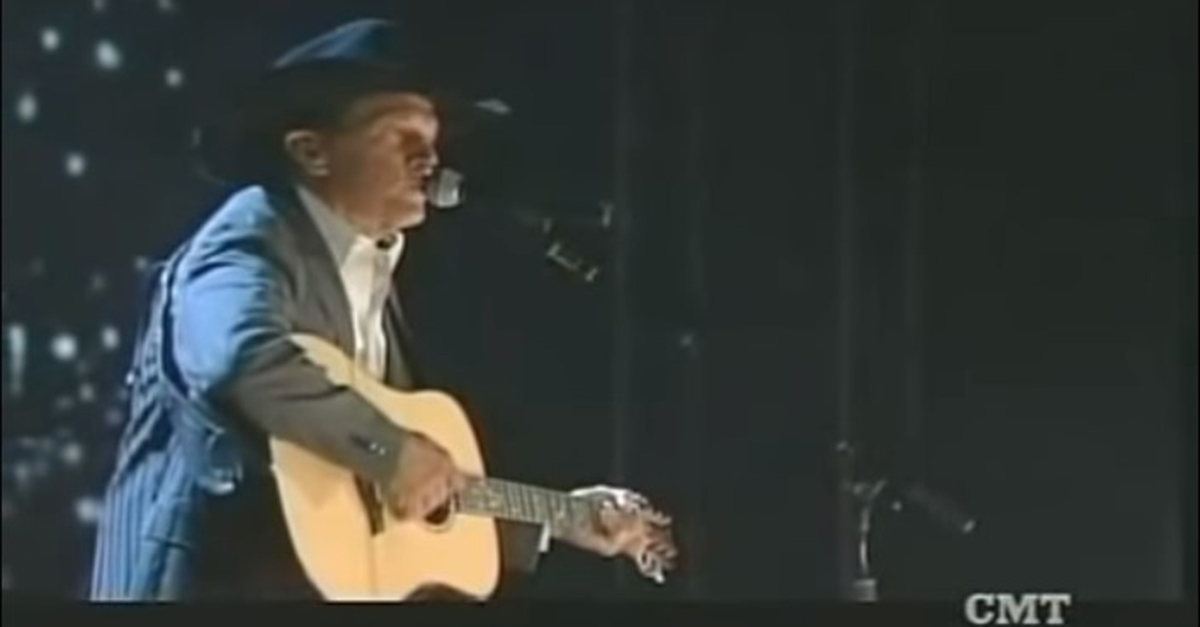 And 15 year later, we find ourselves reflecting back on the horrific events that changed who we are today.

RELATED: Let this George Strait song remind us what country music is all about

Many of us can vividly recount exactly what happened after we heard news that the first hijacked plane hit the World Trade Center in New York City. It was then that the majority of us dropped our plans to cling onto our loved ones.

We needed comfort. We needed hope. And, most of all, we needed to heal — together.

Following the 9/11 attacks, country stars began searching for ways to bring the healing to the people through music. And, one artist penned perhaps the most heartfelt tribute to America and the victims of 9/11. That artist was Alan Jackson. He wrote “Where Were You (When the World Stopped Turning).”

And in 2008, stars assembled together to honor the legendary Alan during a 90-minute special, which aired on CMT. While Alan sat in the audience, he watched fellow country icon George Strait bring back the tune that we still associate with 9/11.

RELATED: Country legend George Strait once again proves that he has a heart as big as Texas

Perched on a stool in Nashville’s Ryman Auditorium, George rendered the emotional ballad asking the simple, yet powerful question, “Where were you when the world stopped turning on that September day?” And, it was that question that helped us to recapture the memory of when Alan introduced the song to us for the first time.

It was the song that, in the midst of heartbreak, gave us hope. It gave us comfort. And, most of all, it made us never forget.