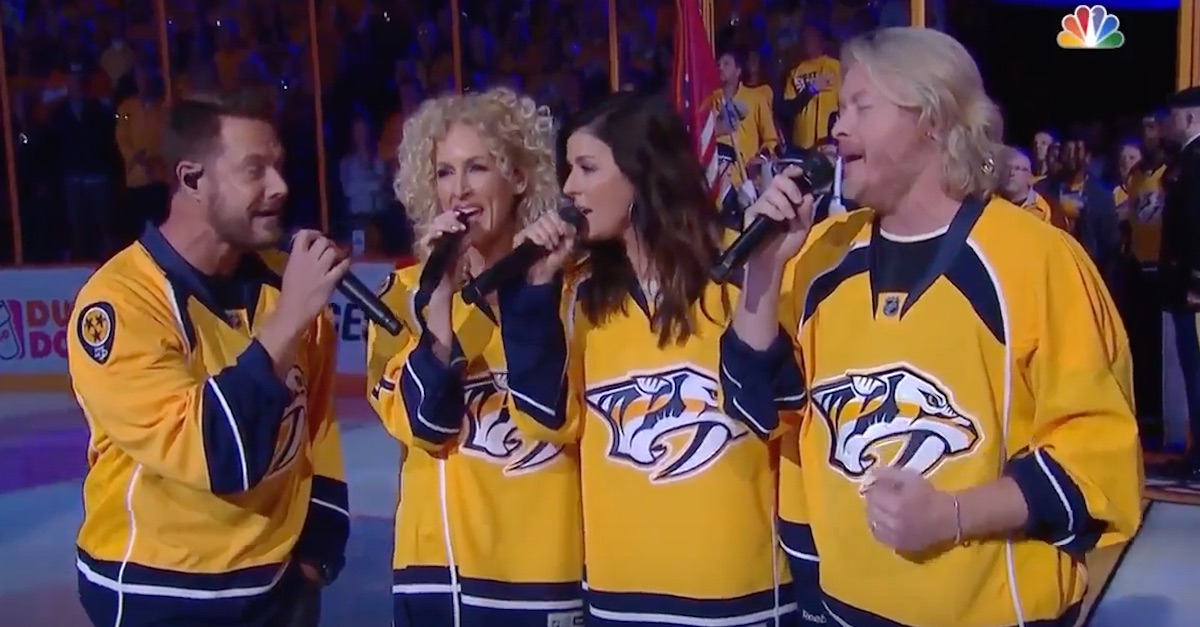 The National Hockey League?s Nashville Predators are proud of the country music foundation that their city is built on, and they?ve been showing it during the Stanley Cup playoffs by bringing country stars like Carrie Underwood and Luke Bryan on the ice for the national anthem. On April 30, ACM- and CMA-winning country group Little Big Town had their turn in the spotlight.

And before they even hit the ice, the excitement was evident. The band?s Jimi Westbrook shared a photo of their uniforms for the night?personalized Predators’ jerseys.

They even got to hang out with a star from one of Nashville?s other professional teams. In his own Preds jersey, Tennessee Titans running back DeMarco Murray took a break from the action on the ice to grab a quick photo with Jim, Karen, Kimberly and Phillip.

Of course, it was a family affair for the members of Little Big Town, who are all married with children. In fact, there might not have been any fan more enthusiastic about his hometown hockey team than Jimi and Karen?s son, Elijah. The handsome 7-year-old was decked out in Preds gear from head to toe, including obligatory foam fangs.

The Predators and the Blues face off in Game 4 of this round in the Stanley Cup playoffs on May 2. The Preds lead the series 2 games to 1.