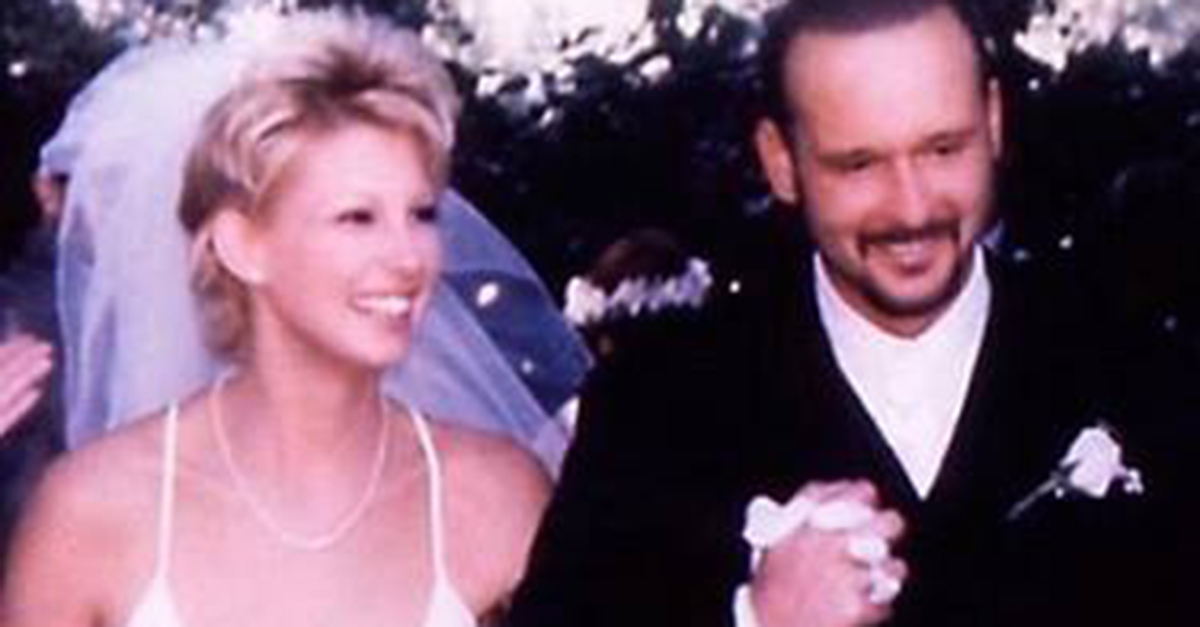 It’s pretty hard to find a celebrity couple that’s been together for at least a decade. But, what’s even more impressive is coming across a pair of lovebirds that have made it past the 20-year mark!

That’s why Tim McGraw and Faith Hill are so inspiring to us! On Oct. 6, country music’s beloved married couple will celebrate their 20-year wedding anniversary. So to honor them, we’ve compiled a list of what we believe are some of the most special times shared between the twosome.

From 1996 all the way to 2017, enjoy these nine adorable Faith Hill and Tim McGraw moments! We promise they’ll melt your heart.

RELATED: Country fans just got the Tim McGraw and Faith Hill news they’ve been waiting for

Tim McGraw and Faith Hill tied the knot on Oct. 6, 1996. The pair first met at a radio event in Nashville, Tennessee, but they didn’t pursue one another until the stunning blonde became Tim’s opening act.

Posted by The Mad Music Asylum on Monday, October 6, 2014

In 1998, Tim and Faith smiled for cameras at the 33rd annual Academy of Country Music Awards. It was during that time that they won the coveted ACM single of the year award for their 1997 smash “It’s Your Love.” But, the most adorable part of the whole win was watching Faith whisper sweetly in her hubby’s ear!

Another adorable Academy of Country Music Awards moment for these lovebirds took place in 2000. The couple performed their stunning duet “Lets Make Love.” Hot would be an understatement to describe the video footage below. Just check out the clips behind them, and watch as they sing into each other’s eyes.

The couple sat on a pair of barstools and crooned their touching ballad “I Need You” together onstage during a March 2013 Soul II Soul live show at the Venetian in Las Vegas. Faith sparkled in her killer dress, as the two shared a microphone.

In 2014, the couple sang their hit song “Meanwhile Back at Mama’s” at Nashville’s CMA Music Festival. Following the performance, the couple shared a steamy smooch. And, let’s just say that Tim got a little hands-y!

In 2015, Tim and Faith showed off a public display of affection at the “Tomorrowland” premiere event at Disneyland in California. The event took place ahead of Mother’s Day, and Faith was full of high spirits, while Tim kept his arm at her side and on the small of her back the whole time.

WHOA! Tim McGraw just shared a SULTRY photo of Faith Hill from before she was famous. See the throwback picture that has fans buzzing! —> http://bit.ly/2cX0EMc

Tim got extra playful with his wife while posing for photos on the red carpet during the night’s black tie affair event at the Oscars. In the picture below you can see that he pretends to bite his sweetheart’s ear.

Faith and Tim got extra steamy during the 2016 Academy of Country Music Awards. Making their way out, they planted a whole boatload of passionate kisses on one another!

RELATED: Fans are wondering what this sexy Tim McGraw and Faith Hill commercial is all about

The couple received stars on the Music City Walk of Fame one day ahead of their awaited 20th wedding anniversary celebration. Fellow country icon Reba McEntire was on hand to present the stars to Tim and Faith.

Did we miss any? What’s your favorite Faith and Tim moment?