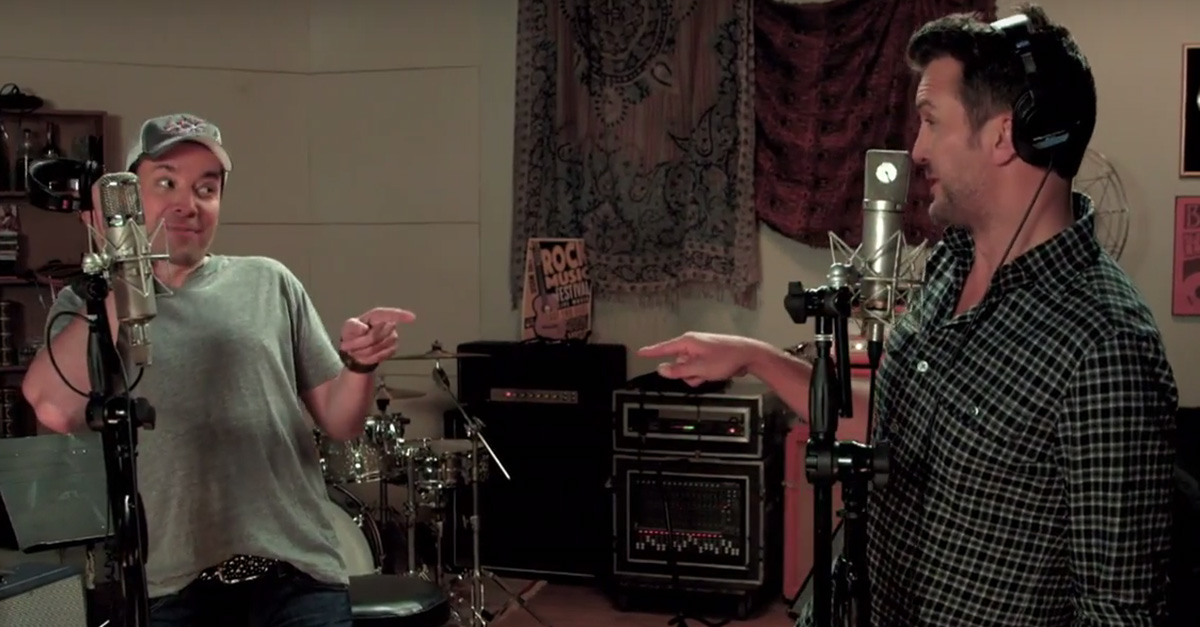 Although growing up in the South has taught him many things, he recently discovered that he never learned how to pronounce the word “gyro.” He has good buddy Jimmy Fallon to thank for that!

During “The Tonight Show Starring Jimmy Fallon” on March 13, host Jimmy aired a clip that featured the two pals getting a bite to eat at a foreign food truck in New York City. And, it’s easy to see that Luke has a tough time ordering a gyro sandwich.

“[I’ll have] the uh, you know that thing there,” Luke awkwardly tells the vendor, while pointing at a picture of the Greek dish. Luke struggled with the word so much that he had to leave and ease his mind. In doing so, he teamed up with Jimmy to star in a music video for their comical song, titled “I Don’t Know How to Pronounce Gyro.”

In the video, Luke belts out the gyro-inspired lyrics, “I never learned how to say that word out loud/ I just want something to eat/ Made with vertical rotisserie of lamb meat.”

Then, Jimmy empathizes with Luke by singing, “I think I know just what you’re going through/ The way they spell that gosh darn word seems like a trap.”

Throughout the catchy tune, Luke and Jimmy go through every possible option to figure out how to say “gyro.” They come up with words like, “gwy-ro,” “ga-hee-ro,” and even “worbtse.” Finally, the food vendor jumps into tell them the correct pronunciation of the word – “yee-ro.”

To celebrate the new information, Luke and Jimmy return to the food truck to place their order. But, Luke changes his mind and asks for a “shish-ka-BOOB” instead.

Too funny! Watch the clip above to see all of the action!