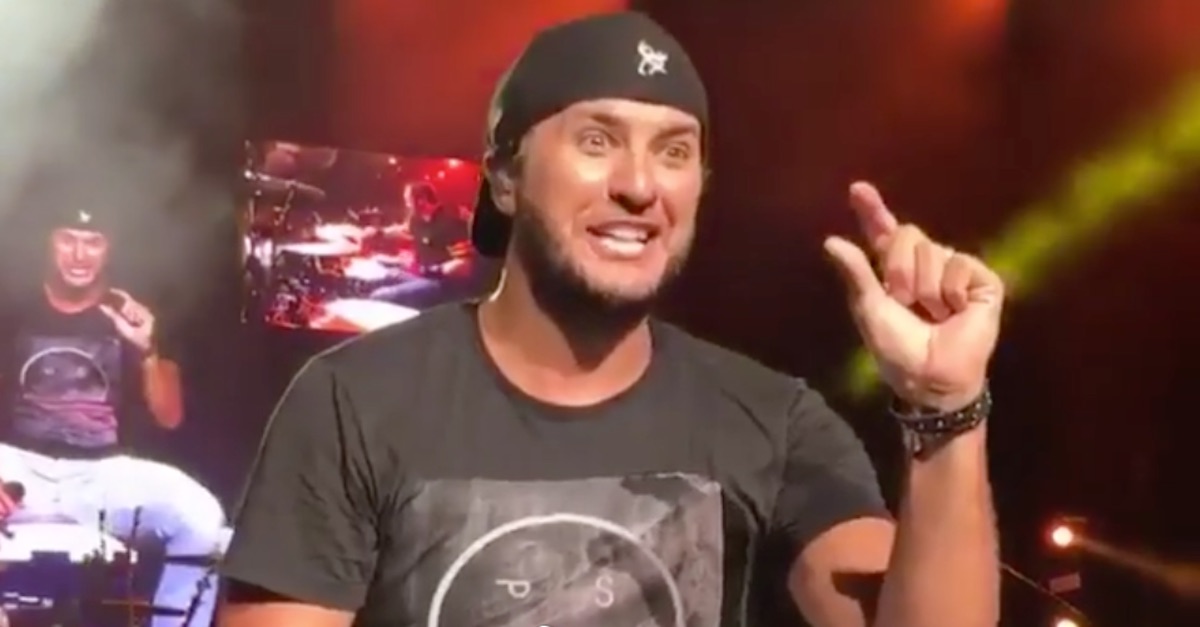 We?ve all gotten used to Luke Bryan stumbling and tumbling on and off the stage, but a recent demonstration of amateur gymnastics nearly cost the country star his manhood. Or at least caused it serious injury.

During a recent performance of his 2008, Top 10 fan favorite, ?Country Man,? the country star went to hop on the cooler he keeps onstage. Unfortunately, he lost his footing. As he slipped, the cooler tilted, he straddled it and came frighteningly close to hitting his … package.

In typical Luke fashion, he burst into laughter, sat down and made the nearly tragic moment one of the high points of his show. He even looked directly at one audience member pointing a camera at him and mouthed, ?I almost squished my balls.?

We?re pretty certain that Luke and wife Caroline aren?t planning on having any more children. They have two of their own, plus they are the guardians for Luke?s late sister and brother-in-law?s son and two daughters. But, they are still young and surely have the energy and means to have more. Even if they aren?t having more kids, though, this could have temporarily impeded Luke?s performance in doing so.

He could just stand still onstage, but that would hardly be a Luke Bryan show. So, he?ll just continue to go balls to the wall, and we?ll just pray for him to be a little more graceful.